Painter Sarah Keliher Walsh recently spent 4 weeks in the Highlands of Scotland painting pleinair, but not in the way you would imagine. Renting a tiny red Geo Metro, Sarah drove into Scotland, traveling by herself, with nothing in way of a plan except that the contents of her suitcase were taken up in large part by a series of large pieces of folded canvas, 60 x 60 inches. The resulting series is part of a major effort to re-explore the traditions of landscape painting on a grand scale. Each of these works were started in the Highlands and completed in Walsh’s studio in Eagle Rock. Without access to a large enough easel or stretch bars while in Scotland, Walsh stretched the canvas out on the ground, a few times in driving rain, allowing the elements to color the fabric and inform her process. These works are both surreal and naturally organic possessing both the unique hand of the artist as well as influences from the landscape that the painter allowed to intervene. 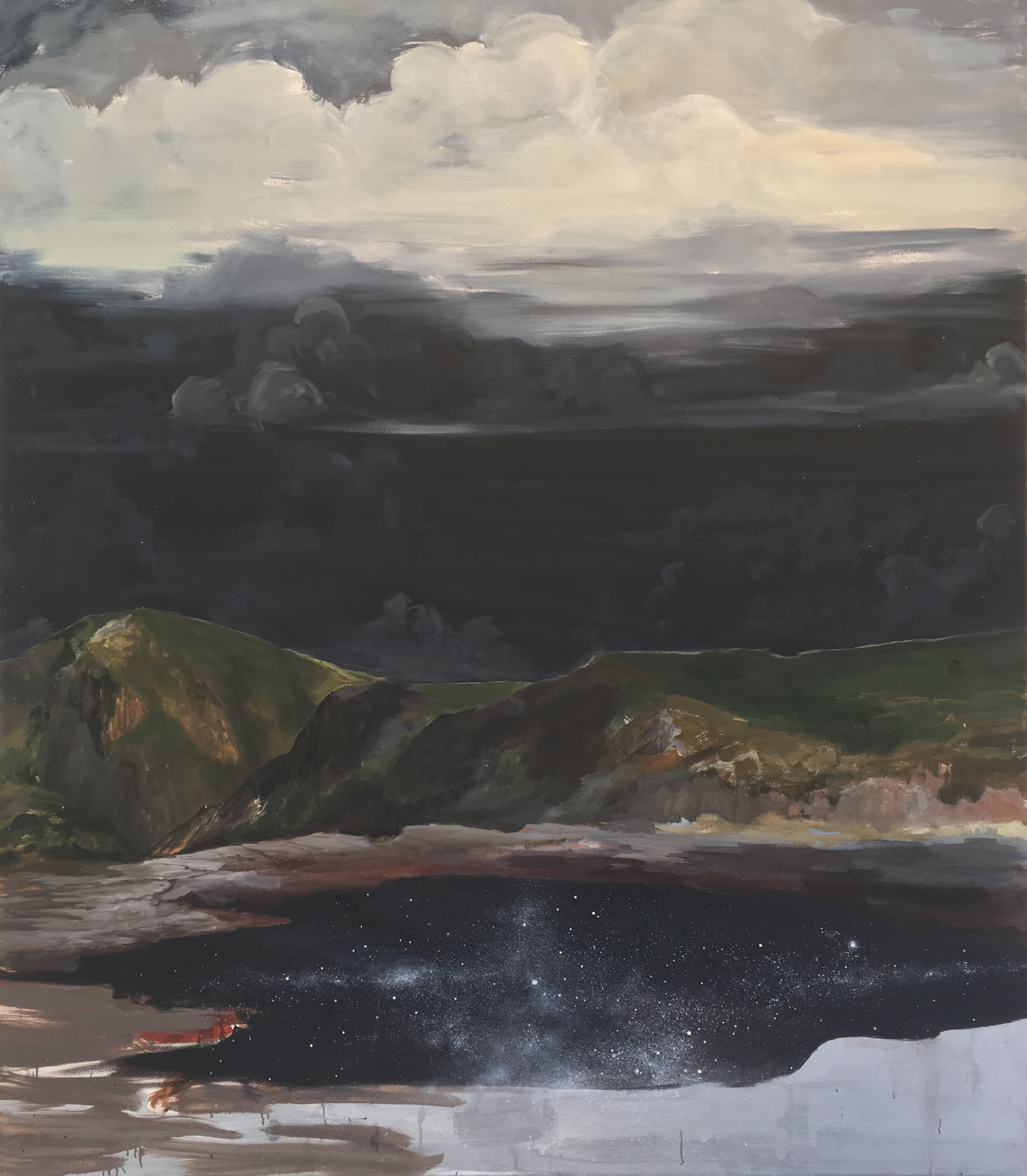 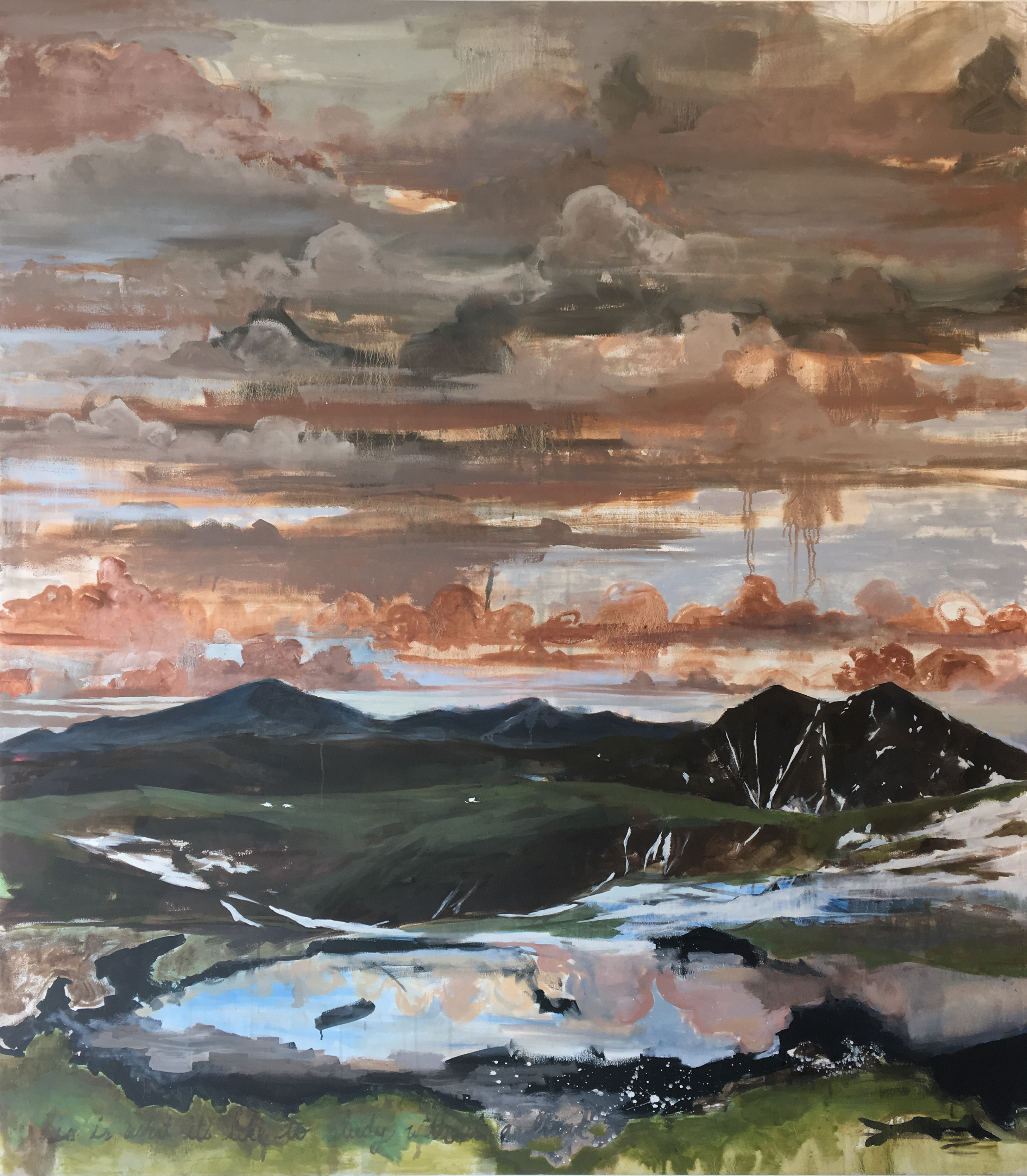 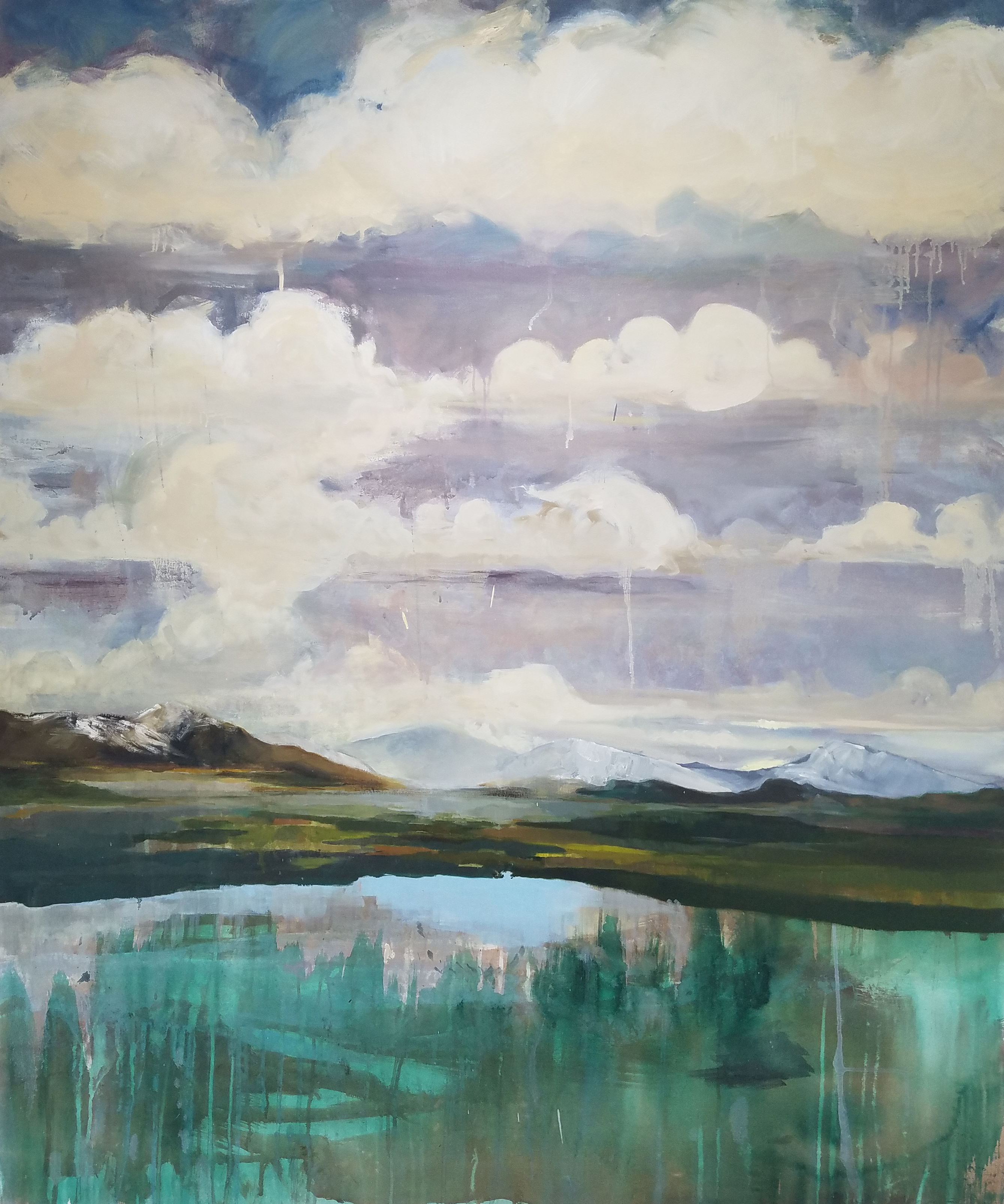 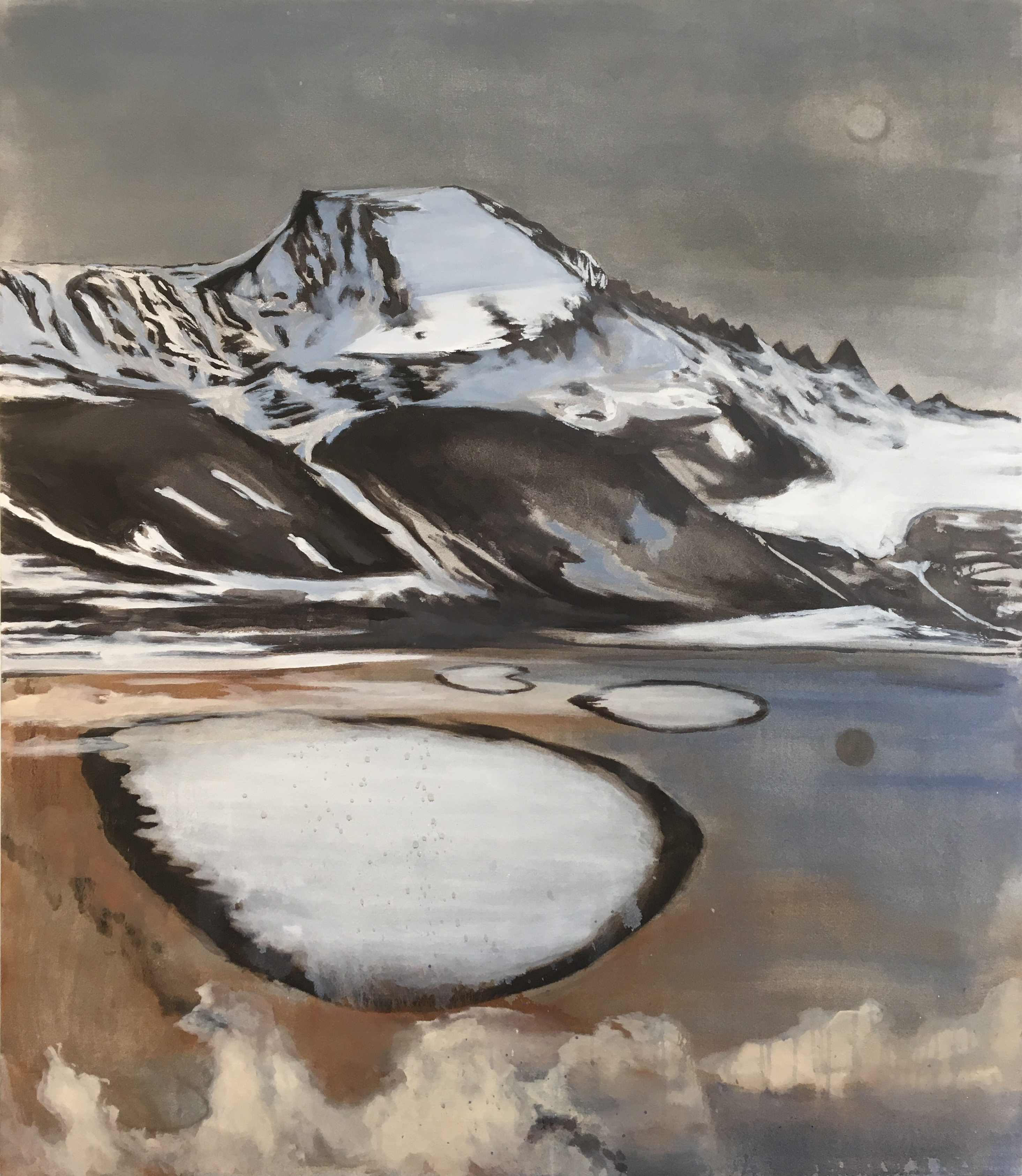 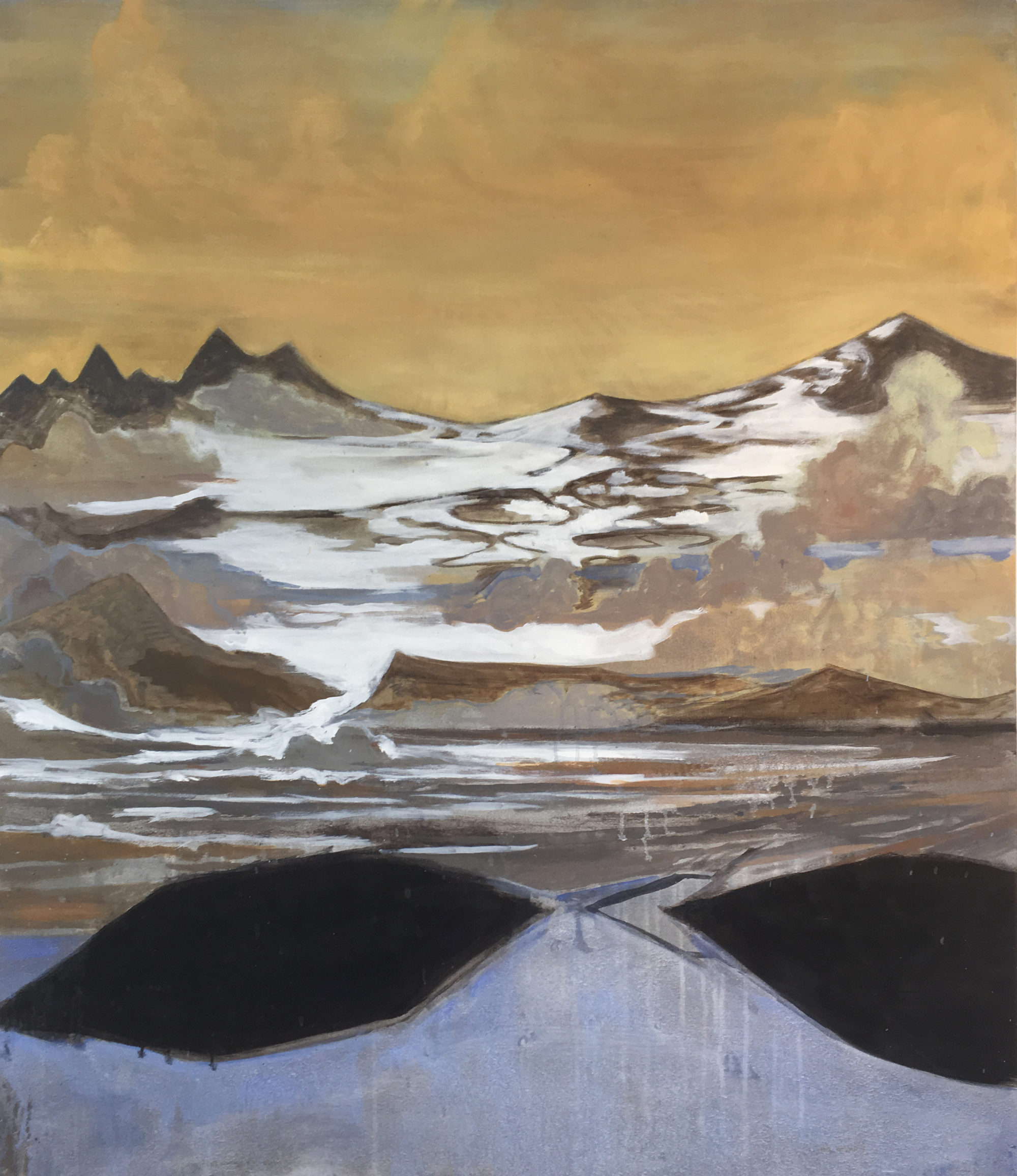 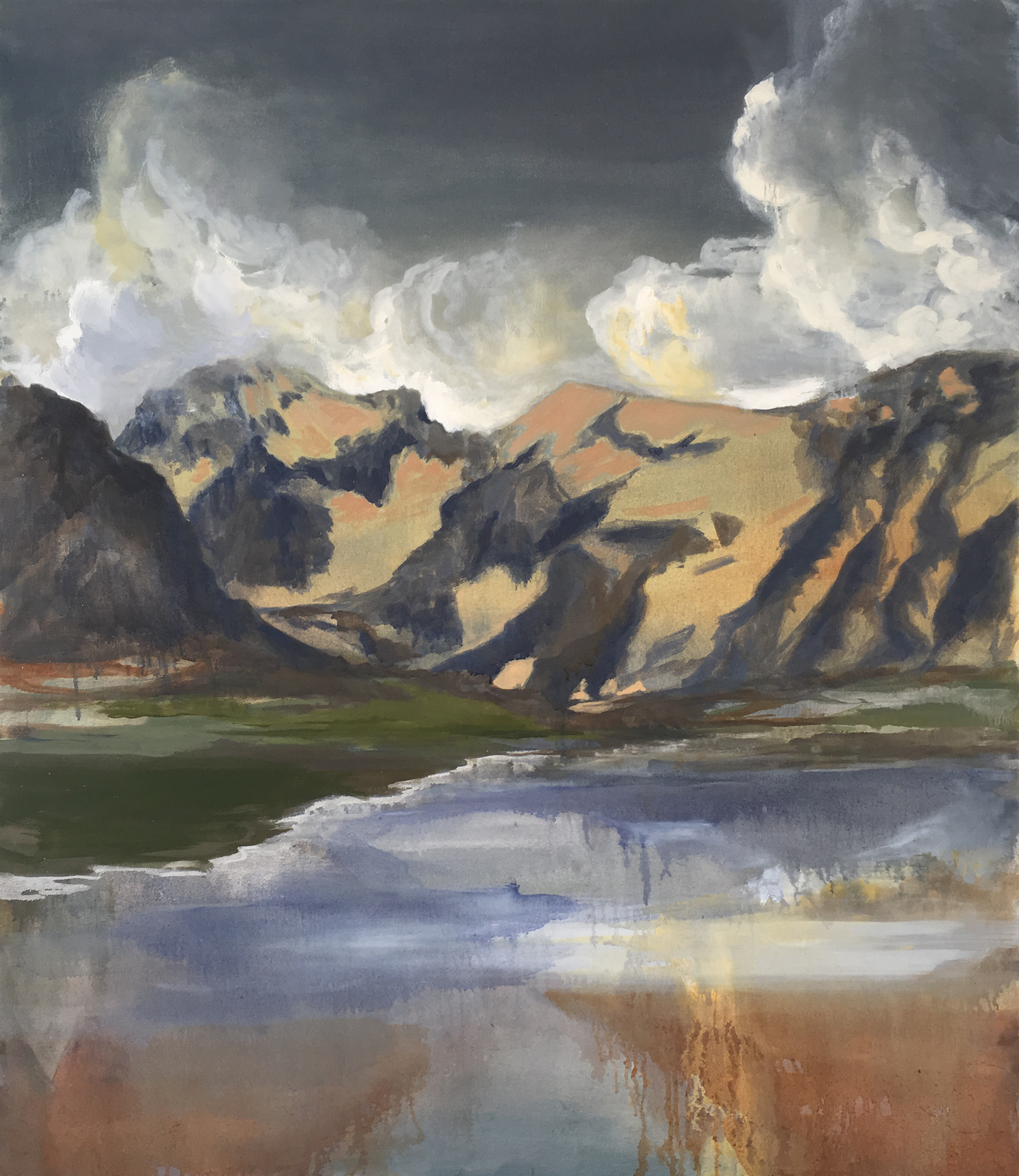 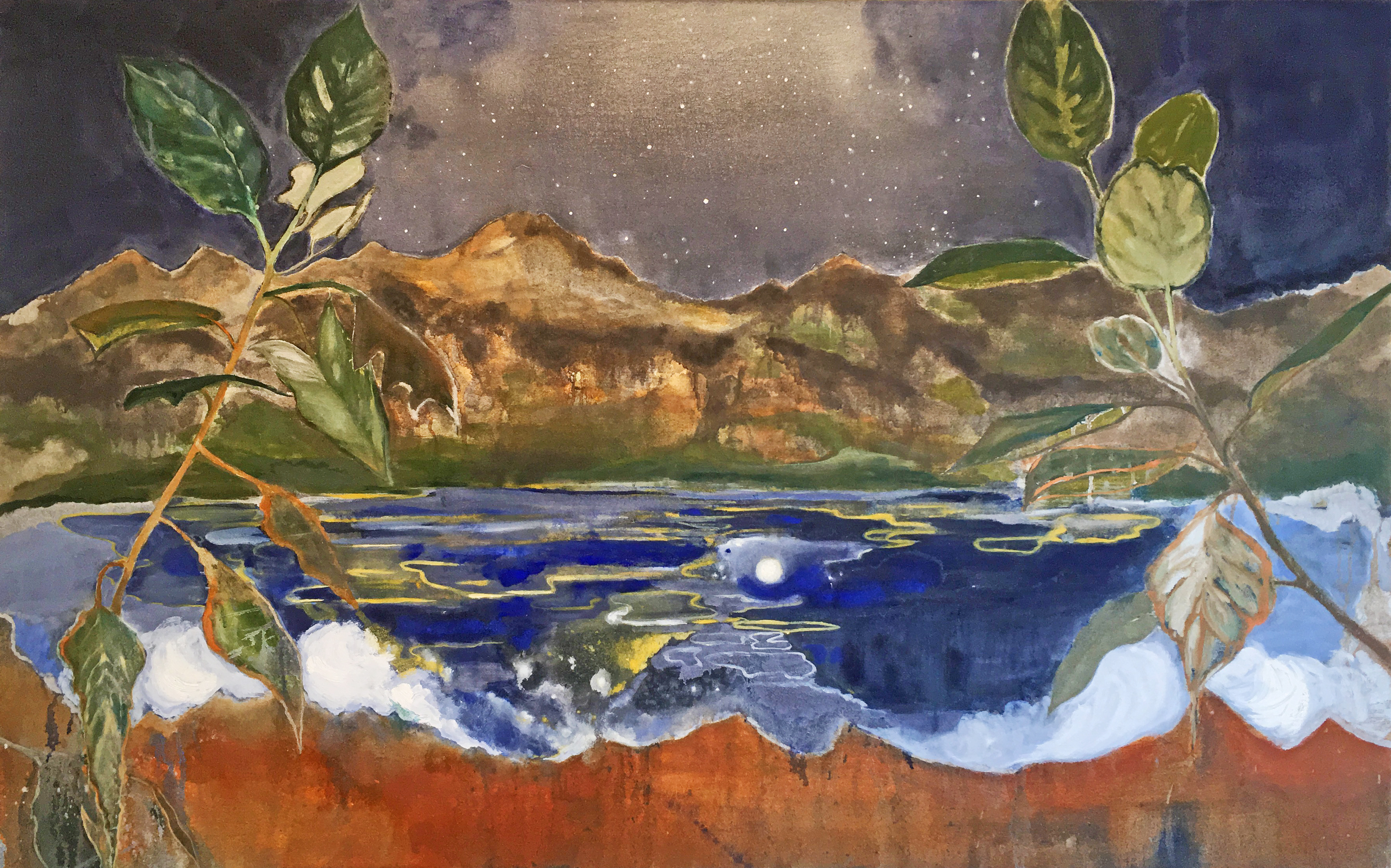 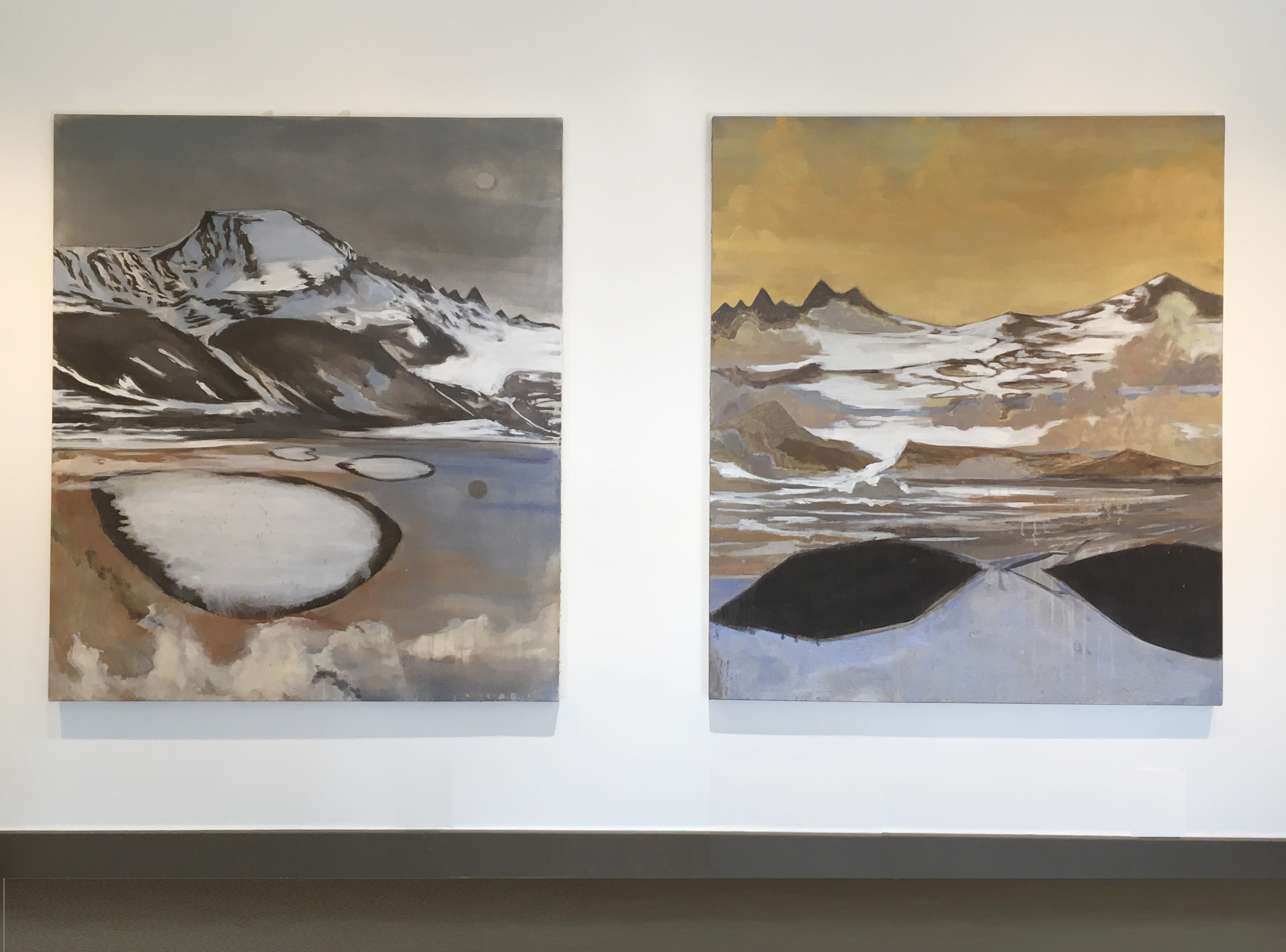 Sarah Walsh is a Los Angeles-based painter with a BFA from California State University Long Beach.  She creates landscapes through various processes both outside in remote locations and in her studio near downtown. Sarah's aim is to express the vast contemplative space between human and non-human experiences. Walsh has participated in notable exhibitions throughout Los Angeles as well as at the Laguna Art Museum Annual auction and several exhibitions at RAWsalt.