Born in Argentina, painter Ugo Zogbi started his early life in public as a semi-professional tennis player which he admits was not his calling. The experience of “performing” for crowds however shaped his perceptions of private and public life, forever giving himself a self-actualized “public persona.” His first major career was in advertising and marketing which he turned away from in order to dedicate his whole life to painting. He creates primarily out of doors, inspired by the patina of salt and decay, he wanders the beaches of different countries painting with obscure materials – even creating marks by throwing brushes at his canvases from far off.

Ugo Zogbi has never before exhibited in a gallery until saltfineart discovered his work. The pieces acquired by the gallery have survived the elements, carried on Zogbi’s person through several countries and even a few hurricanes. 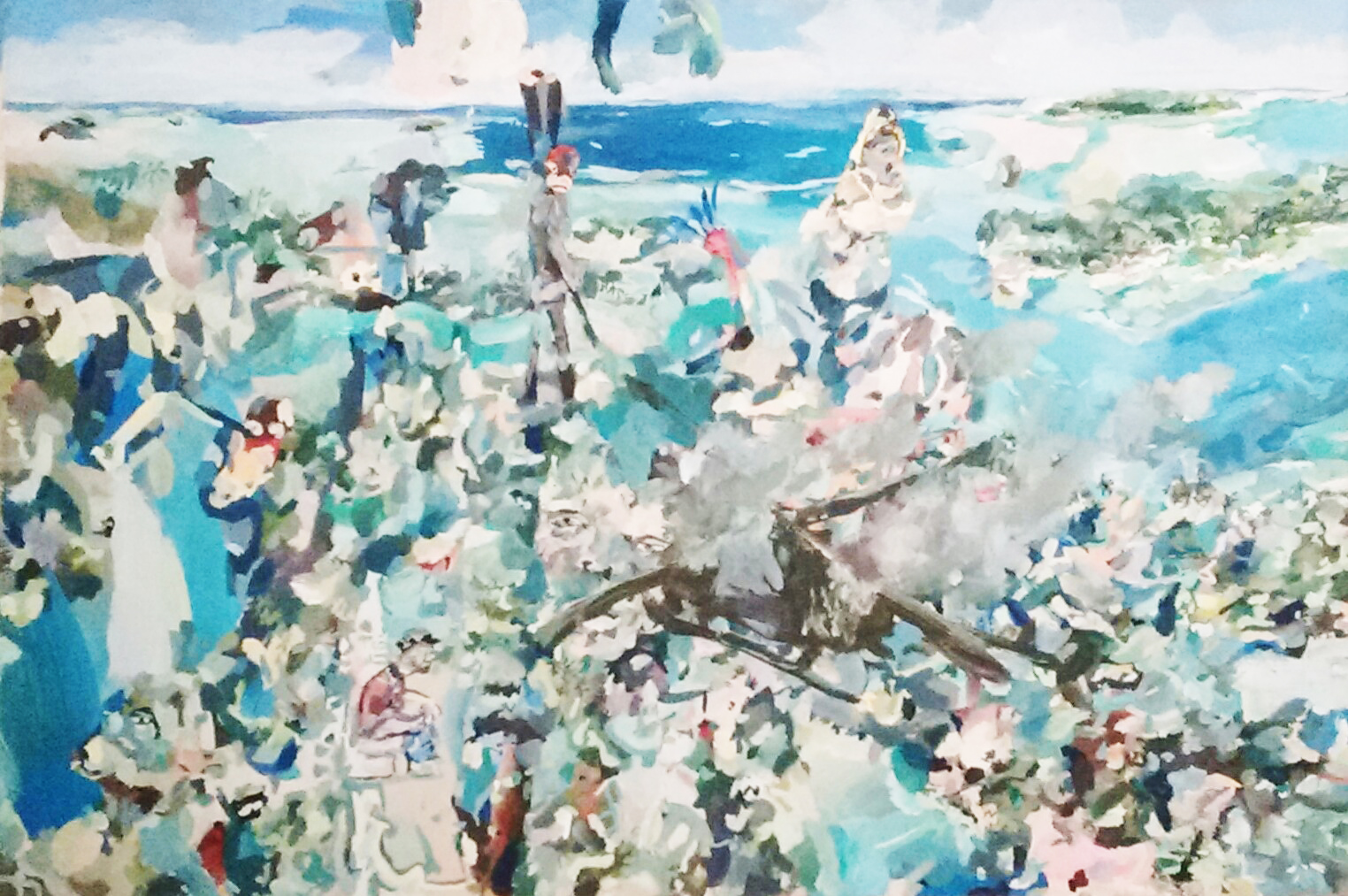 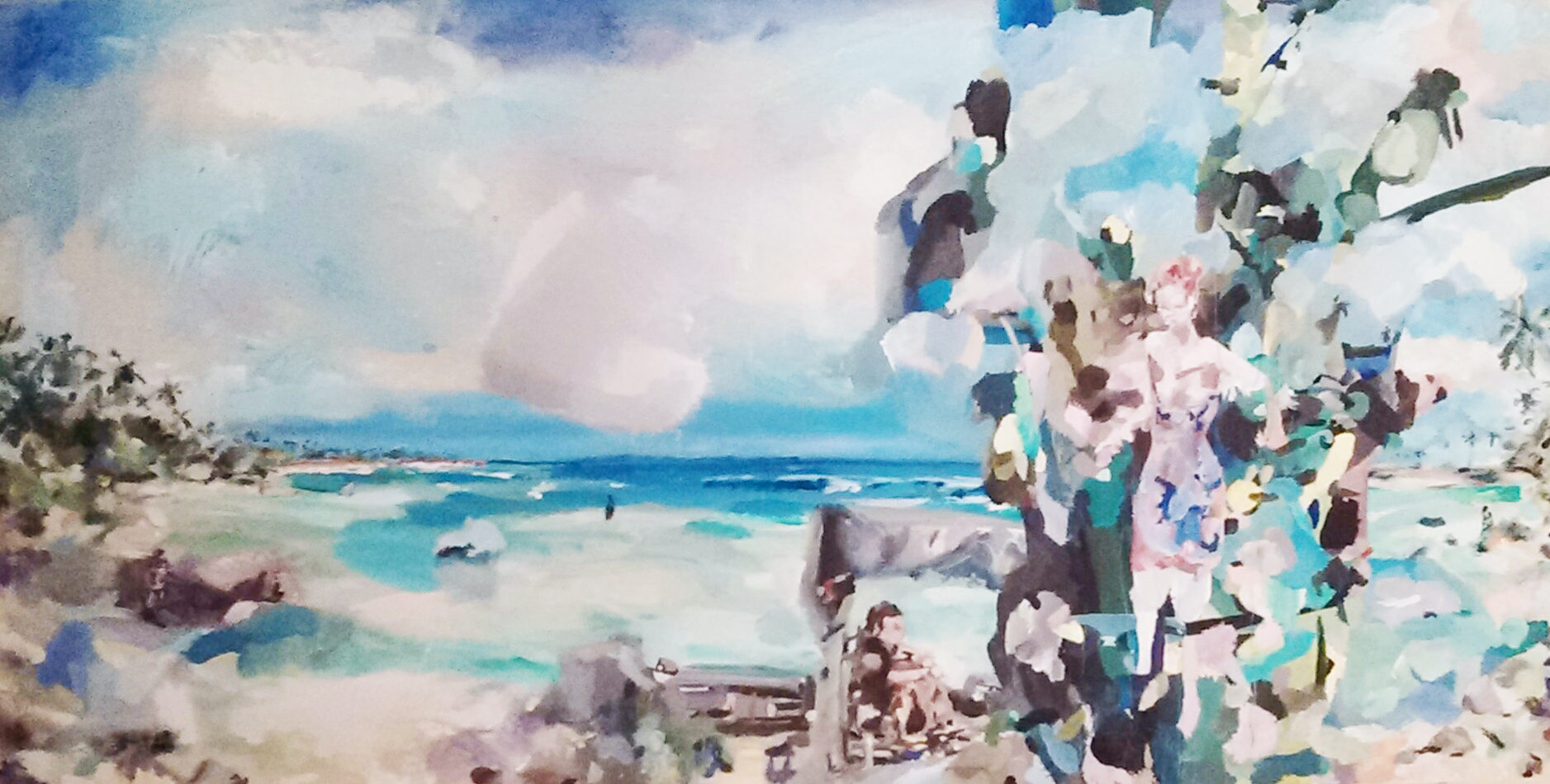 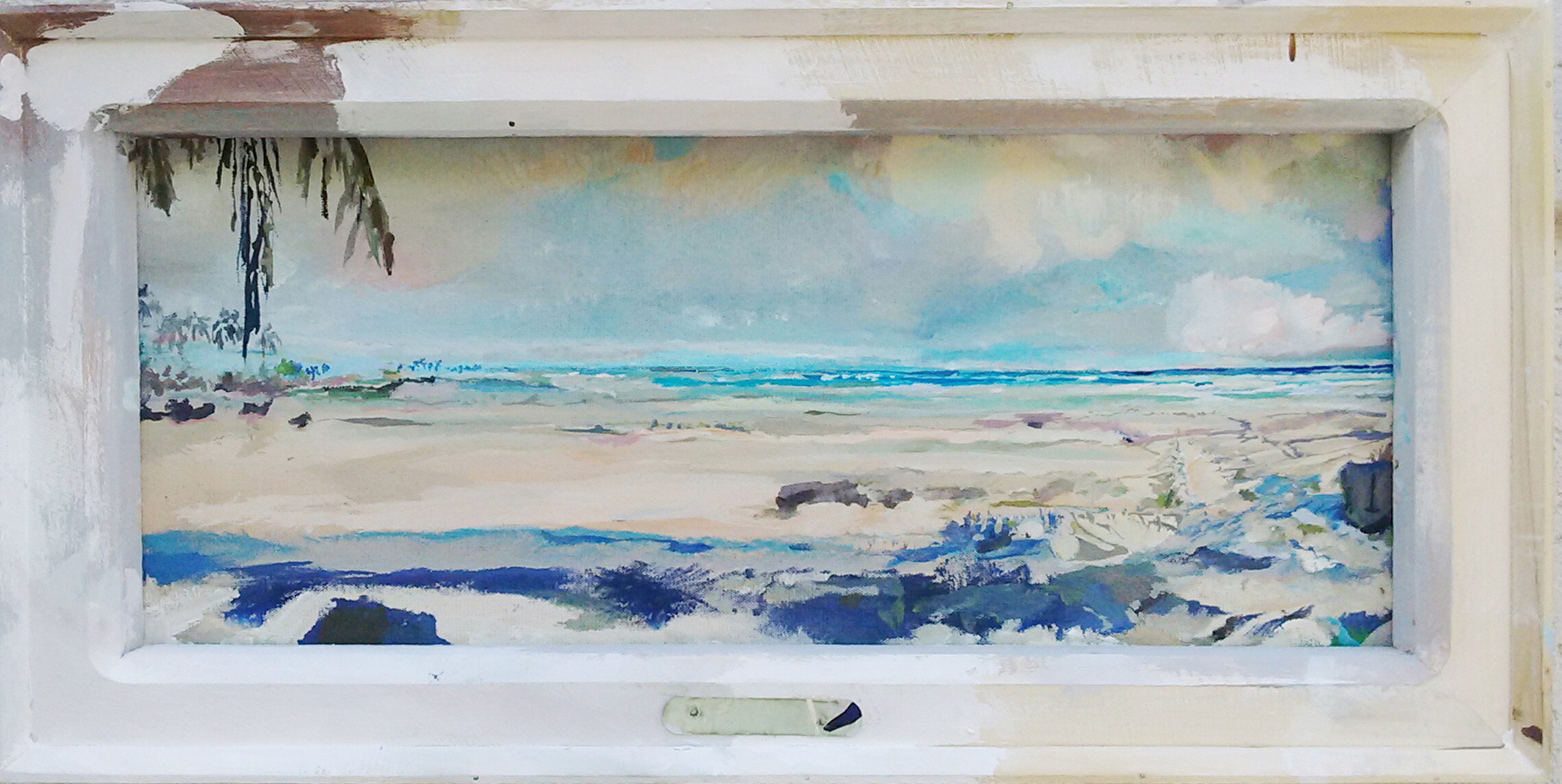 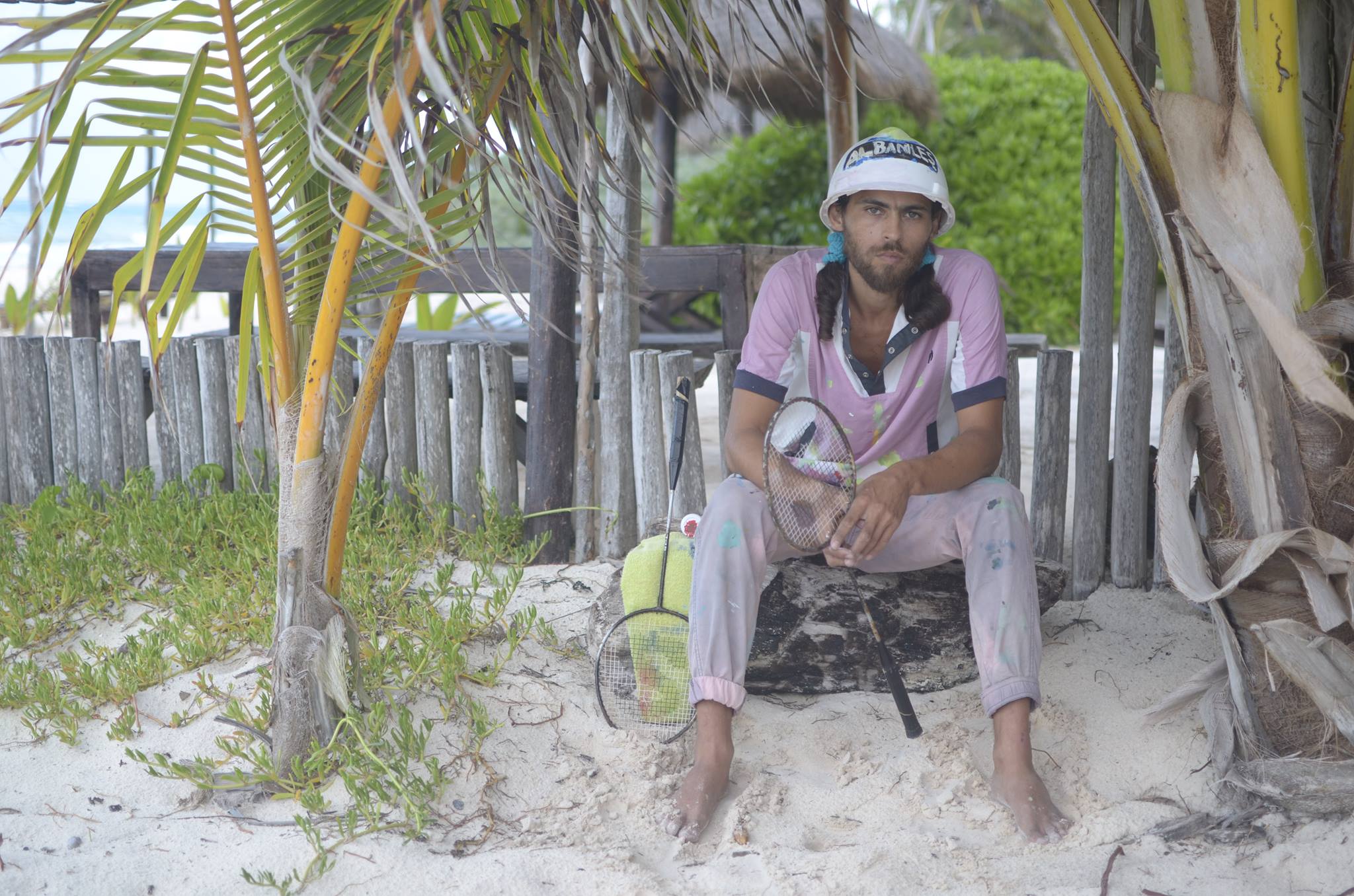 Artist Bio, sent by the artist (Translated from Spanish but not edited) Born in 1978. Argentine. He has issues. From 1980 until 1996, he was a tennis player. In his first championship, at the age of ten, he won every game 6/0 6/0. Throughout his career he broke six rackets by hitting them against the floor. (He never again achieved the results of his first tournament.) From 1996 to 2005 he worked as an advertising creative for brands such as Rolling Stone, Citibank, virgin mobil, ford, Volkswagen, among others. He left the publicity to dedicate itself to the art exclusively, painting, drawing and writing on the beaches of Brazil, Costa Rica, Panama, Chile, Uruguay and Mexico, without any success, excepting the words of encouragement of many policemen, who, suspecting his look, questioned him.  Seeing his drawings or paintings, widened the range of the questioning towards the terrain of a more childlike curiosity. Today he investigates two recognizable things: the aesthetic configuration of erosion, accidents, innocent decisions and humidity spots on the walls of houses and the psychomotor aspect of the gesture in the process of putting paint with the brush on a certain surface. Said in a more subjective way, the process of swing by hitting the ball, so that it effectively crosses over the net, entering the opposing field with the subtlety, grace or aggressiveness necessary to take the opponent to his most demanding doubts.

Note: He once nailed a brush on a cloth and painted by throwing the brush at the canvas from 3 meters away.