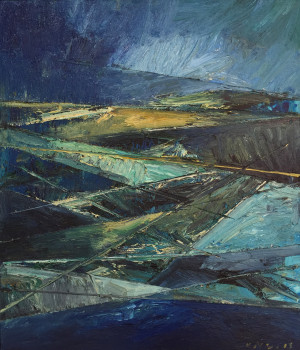 Throughout his multi-media body of work, Victor Hugo Zayas wittingly explores both our human connection to the cosmos and our place in the cosmos. He places a strong emphasis on the power of the gesture to convey a sense of universal energy that seems to guide his themes. Whether the mark be a swipe of charcoal or a chunk of twisted steel (that used to be a gun) all of Zayas’ work carries with it a sense of resolved spontaneity.

His newest paintings are structural with an exquisite surface composed of bold, visceral marks. The incredible restraint and sensitivity to tonal and temperature shifts in his muted palette allow the space to smolder, murk, and glow. The subject matter, which is purposefully obscure, seems to most closely reference the buzz of air traffic— quick, harsh lines depicting intercontinental travel occurring simultaneously. The lines can also represent other types of pathways— neuro-pathways, constellations, or cellular signals— indicating connectivity on both micro and macrocosmic levels and how it can be interrupted. If we were to momentarily freeze the maelstrom, the zips of human activity, it might resemble one of these paintings.

Zayas has cited an influence from Carl Sagan’s interpretation of the significance of the “Pale Blue Dot,” taken by the Voyager 1 in 1977 showing the Earth for the first time as a dull, delicate spec strewn along a sunbeam. In this image, both desolate and sublime, Sagan presented a paradox inherent in our increased understanding of the universe— that the more insignificant we are, the more precious life becomes. Similarly, the image also speaks to the theory that our sense of isolation amongst the cosmos is a result of our impending fate— that every intelligent race throughout the universe will inevitably destroy itself and given the arc of human activity relative to the age of the universe, we begin and end practically in an instant.

The work echoes this sense of ephemerality— Like jet streams, or trails of light burned momentarily onto our retinas, the delicacy of the painting seems as if it could dissipate at any second; the whirr of energy feels almost animated, darting our eyes frantically across the surface of the paint before resting on soft horizons. Zayas seems to suggest that this view of the world is emblematic of our modern state of existence. The paintings dangle somewhere amidst the fear and awe of the sublime, of the unapologetically mysterious. 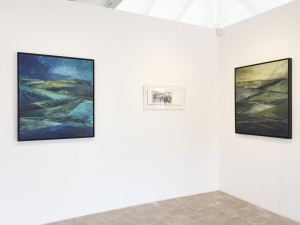 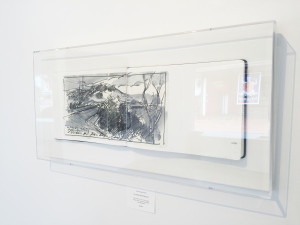 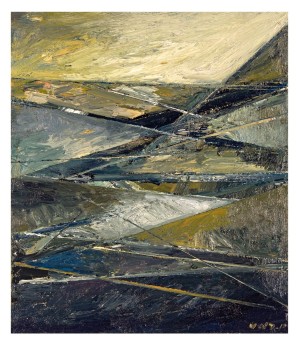 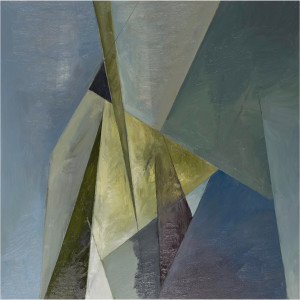 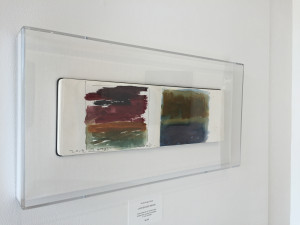 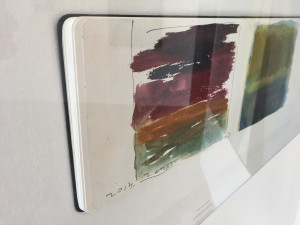 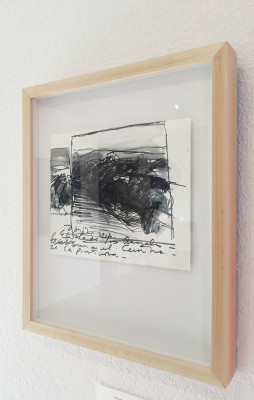 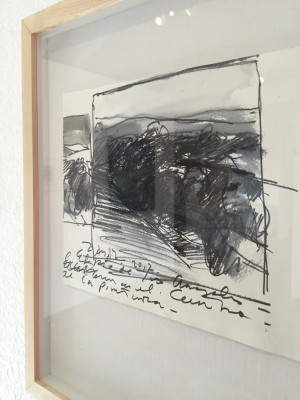 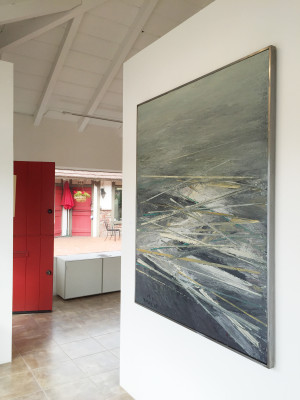 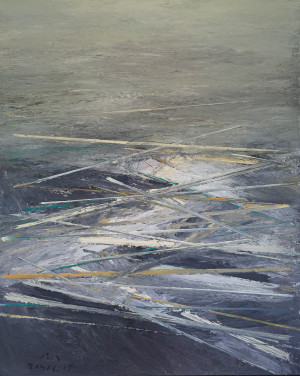 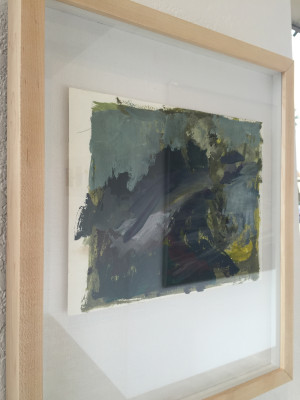 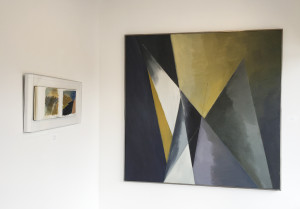 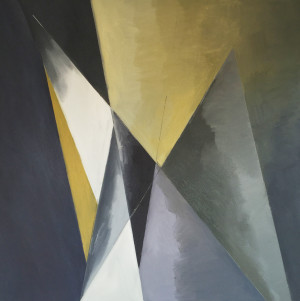 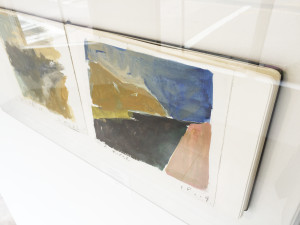 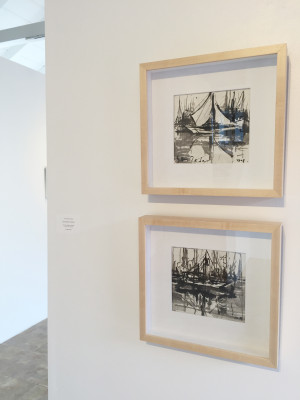 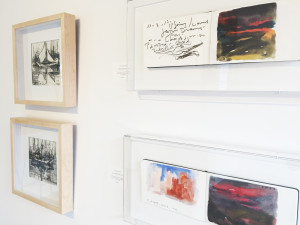 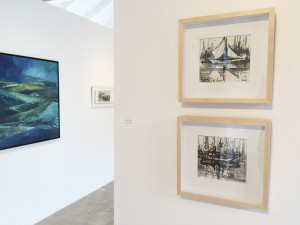 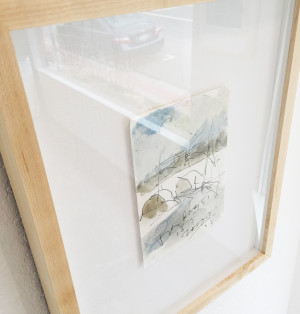 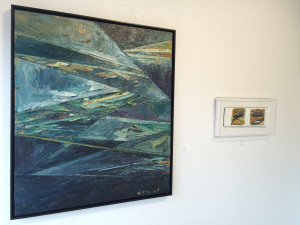 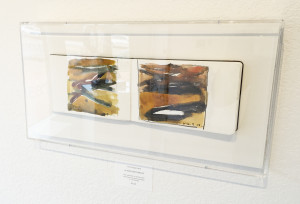