For Mauricio Cortes, creating the human figure is a dual act of fragility and strength. Working from his studio in San Pedro Garza García, Mexico, Cortes often incorporates Aztec symbology- strength, unity, and courage – woven into the headdresses of his female figures, his artwork very much an homage to the strength and resilience of the woman in his life. They are celebrations of human beings, sleeping and in that state ultimately vulnerable, round, forceful, playful when awake, facing the viewer head-on or singing to themselves as if wrapped in a world all their own. Each carries an atmosphere of meaning, enhanced by the objects they carry in their hands or expressed through their hair, some most powerful simply because they exist. 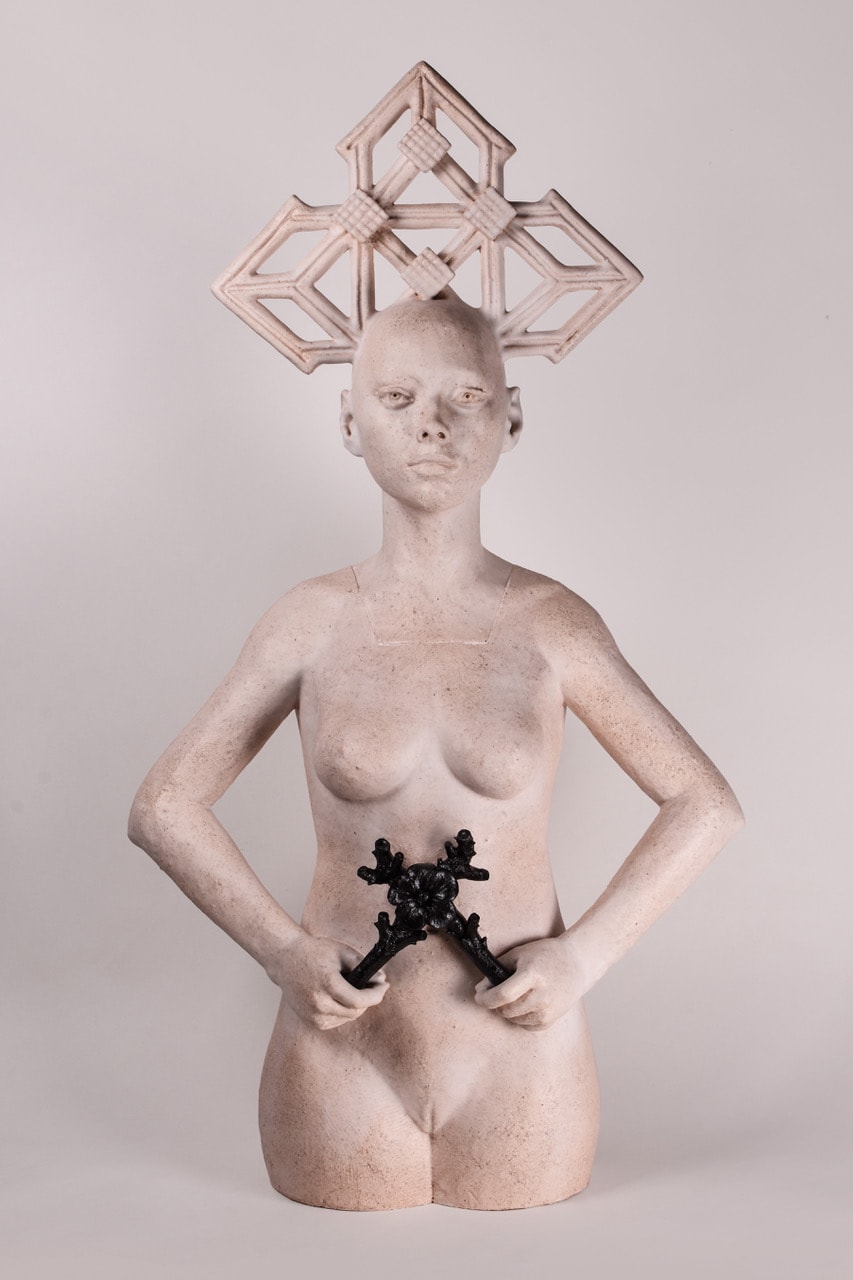 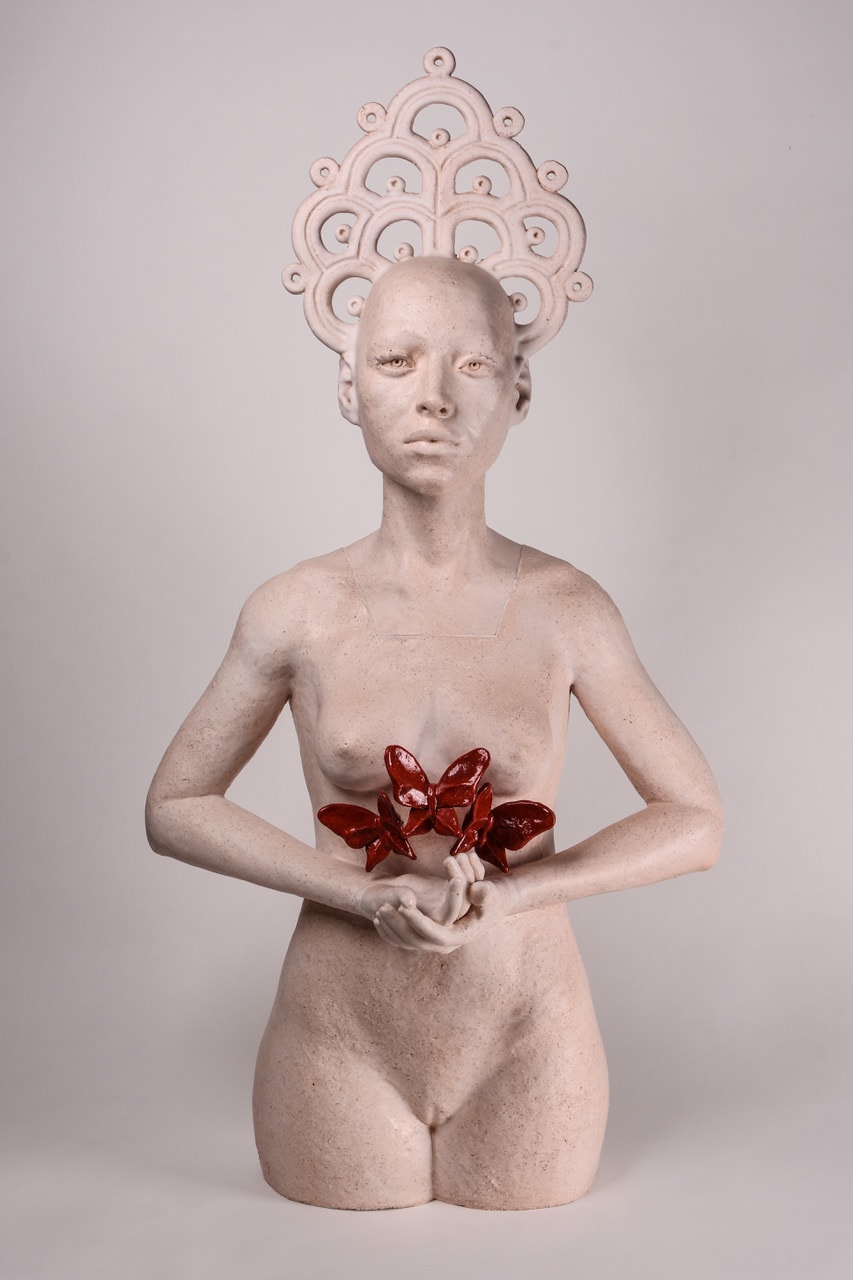 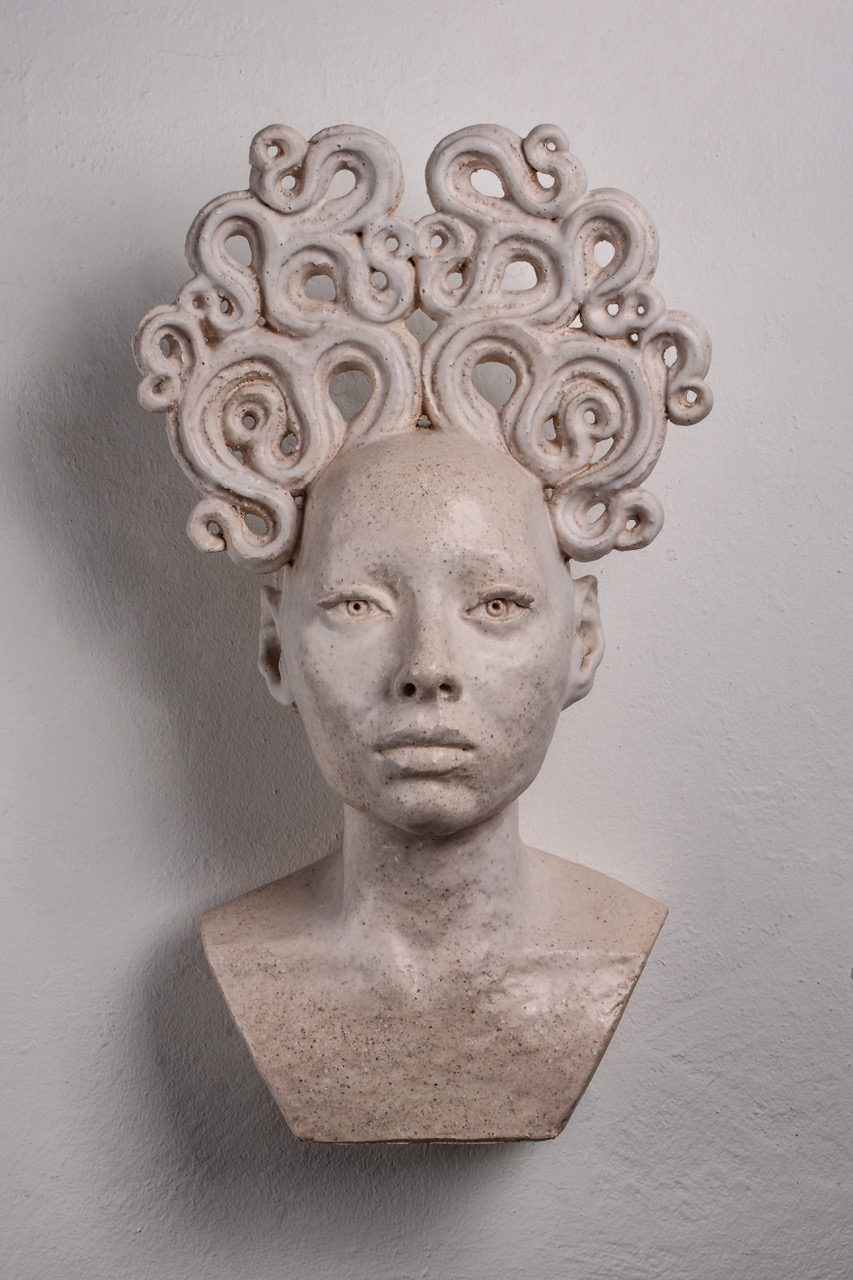 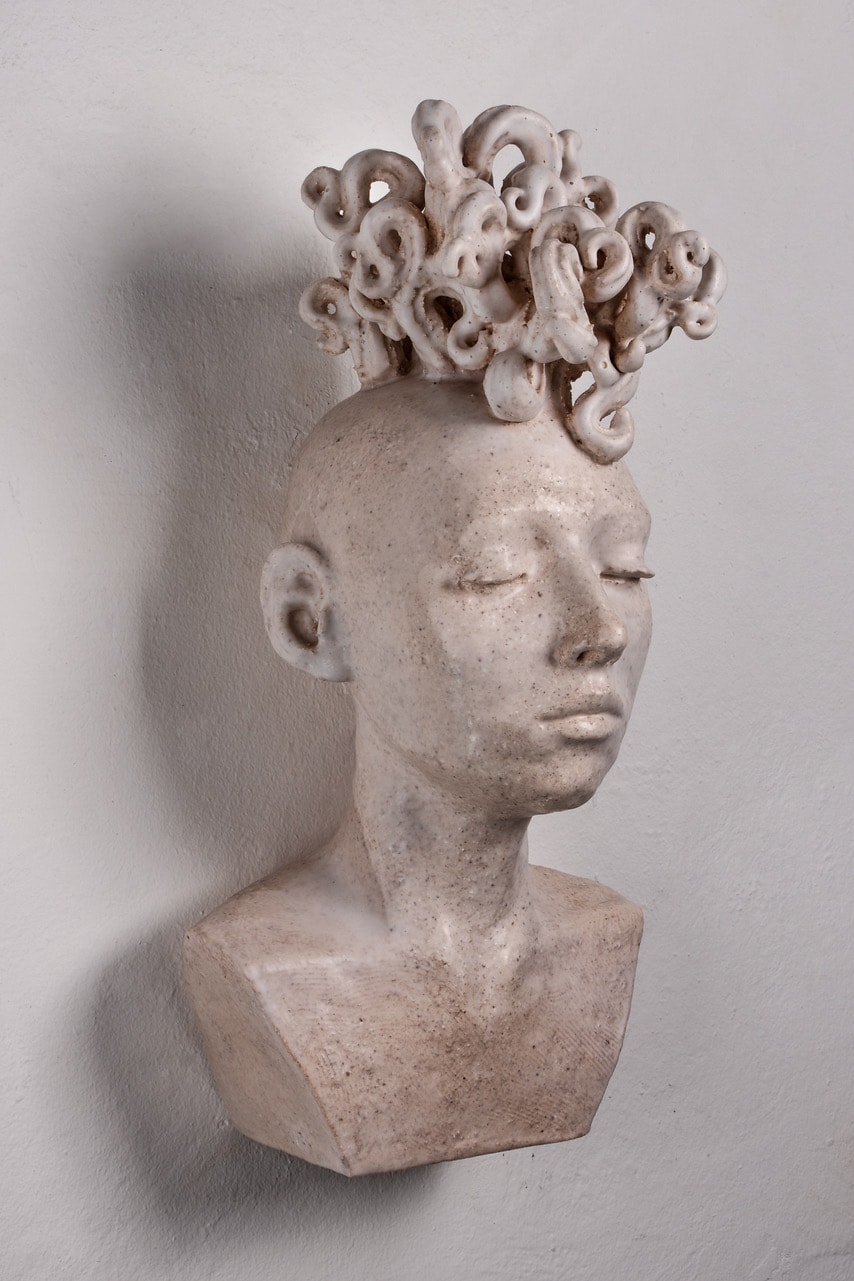 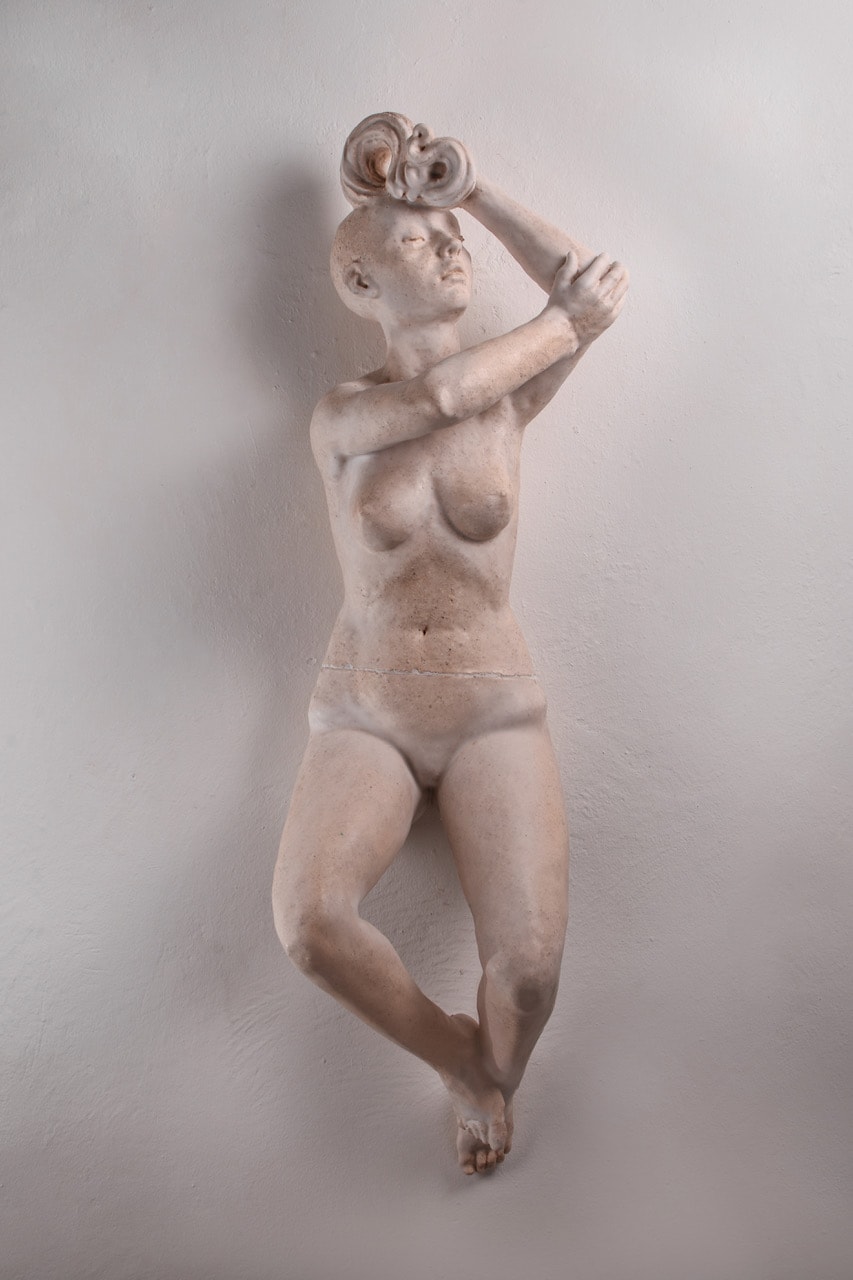 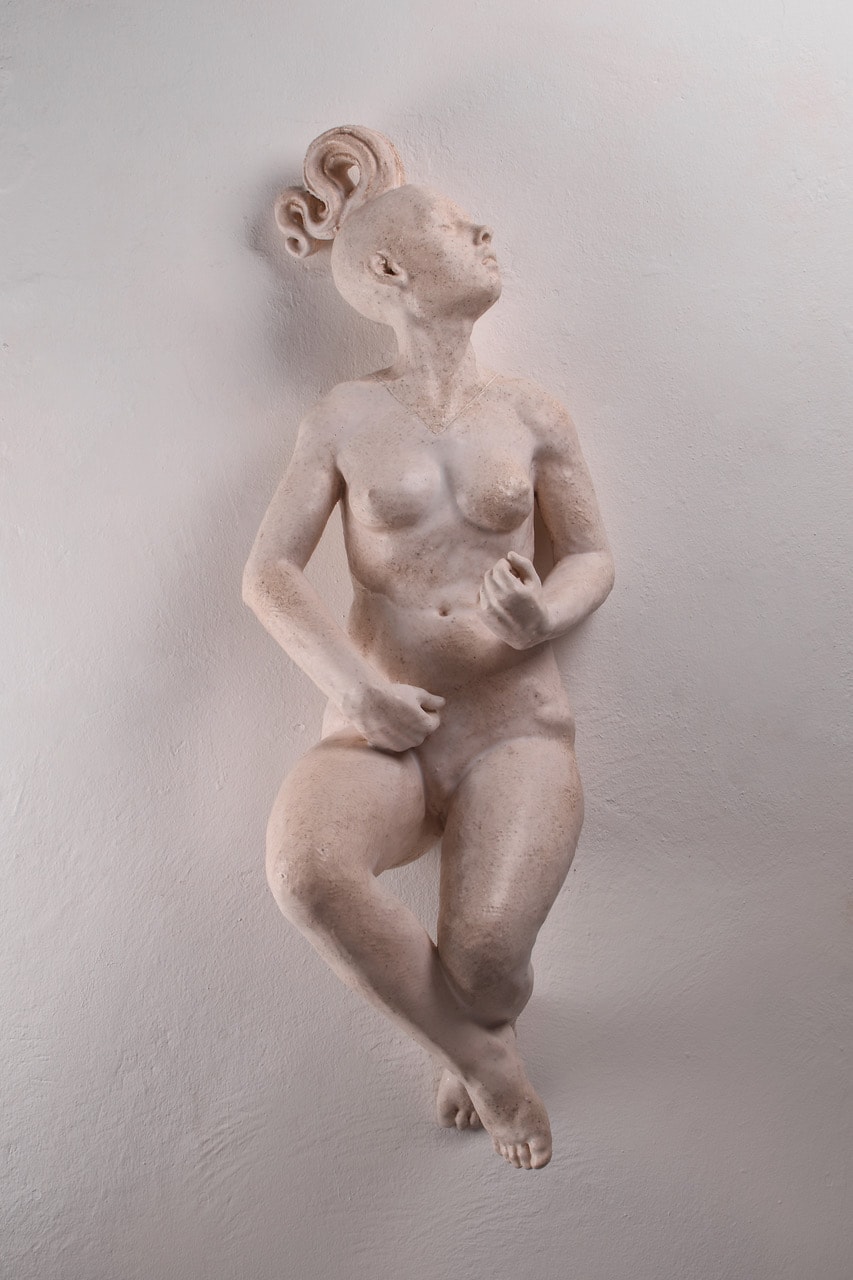 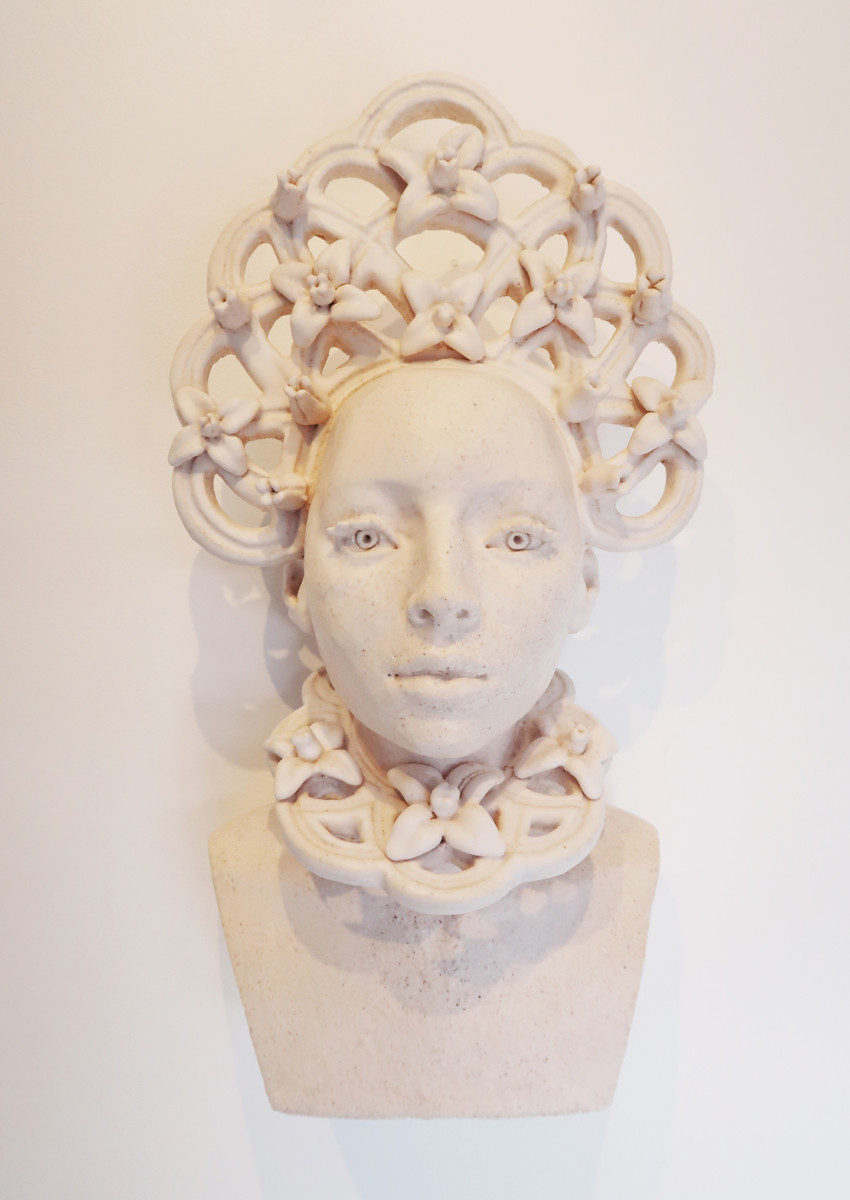 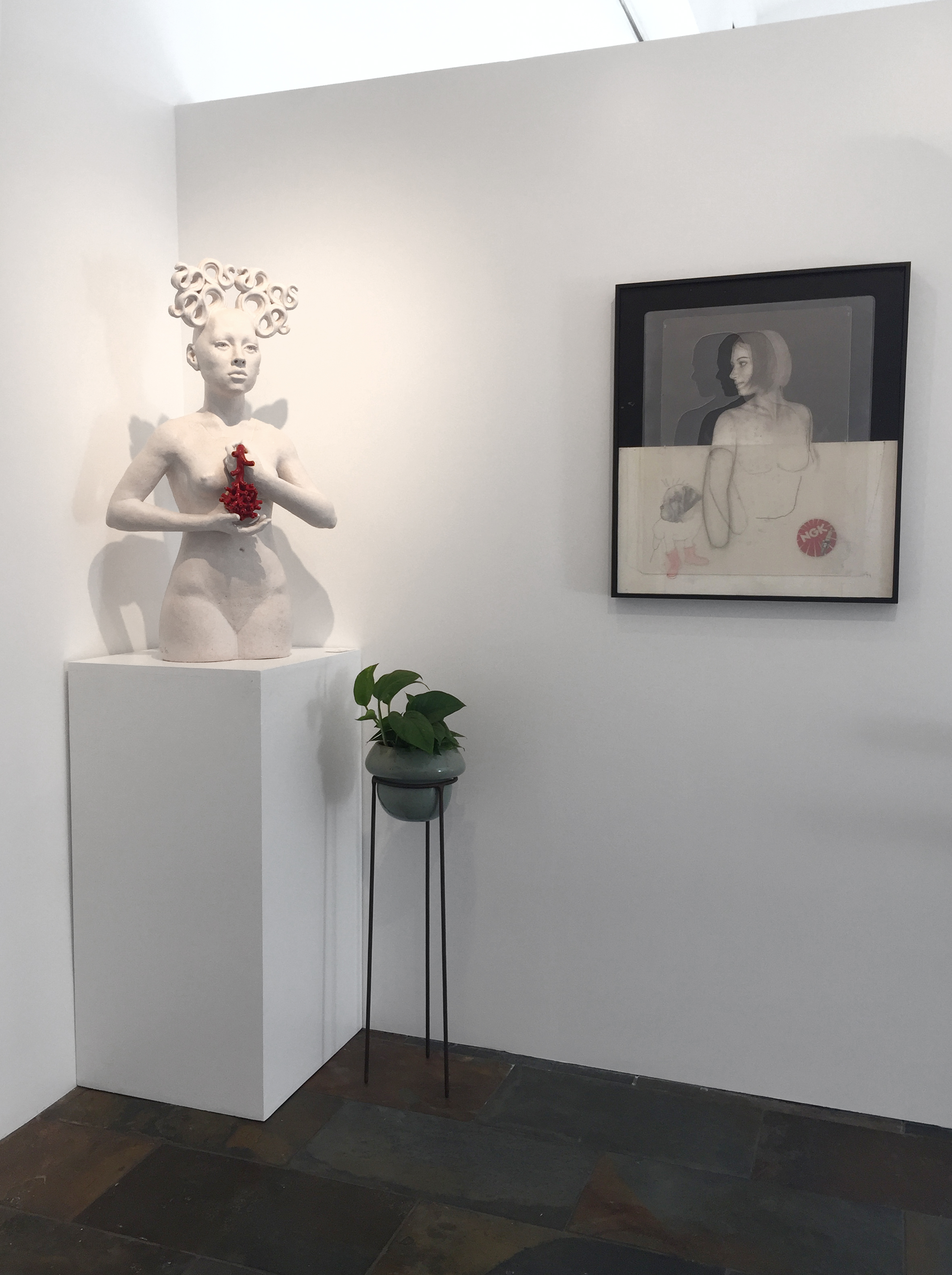