Joe Lloyd pursued his degree in Art Education because he always knew he was an artist and a teacher. He earned his M.F.A. from Claremont Graduate University, where he developed his philosophy of abstract painting. His approach is to build up layers of organic gestural marks, which are then contrasted with precise geometric lines and shapes that extend to the edge of the canvas.

His tools are mostly markers, straight edges, tape, and pallet knives. His newer acrylic paintings are composed of vertical brushstrokes inspired by his works on paper, which are mostly blotches of watercolor within a precise series of symmetrical straight lines. He sees his work as a descendant of midcentury geometric abstraction but is less about depicting mathematical shapes and more about testing imbalanced symmetry and non-repetitive patterns. His geometry is not sacred and his formalism is not pure. He considers his painting as a place for the impossibility of geometry, the tension between concept and form, and the attempt of an idea and an object to become the same thing. 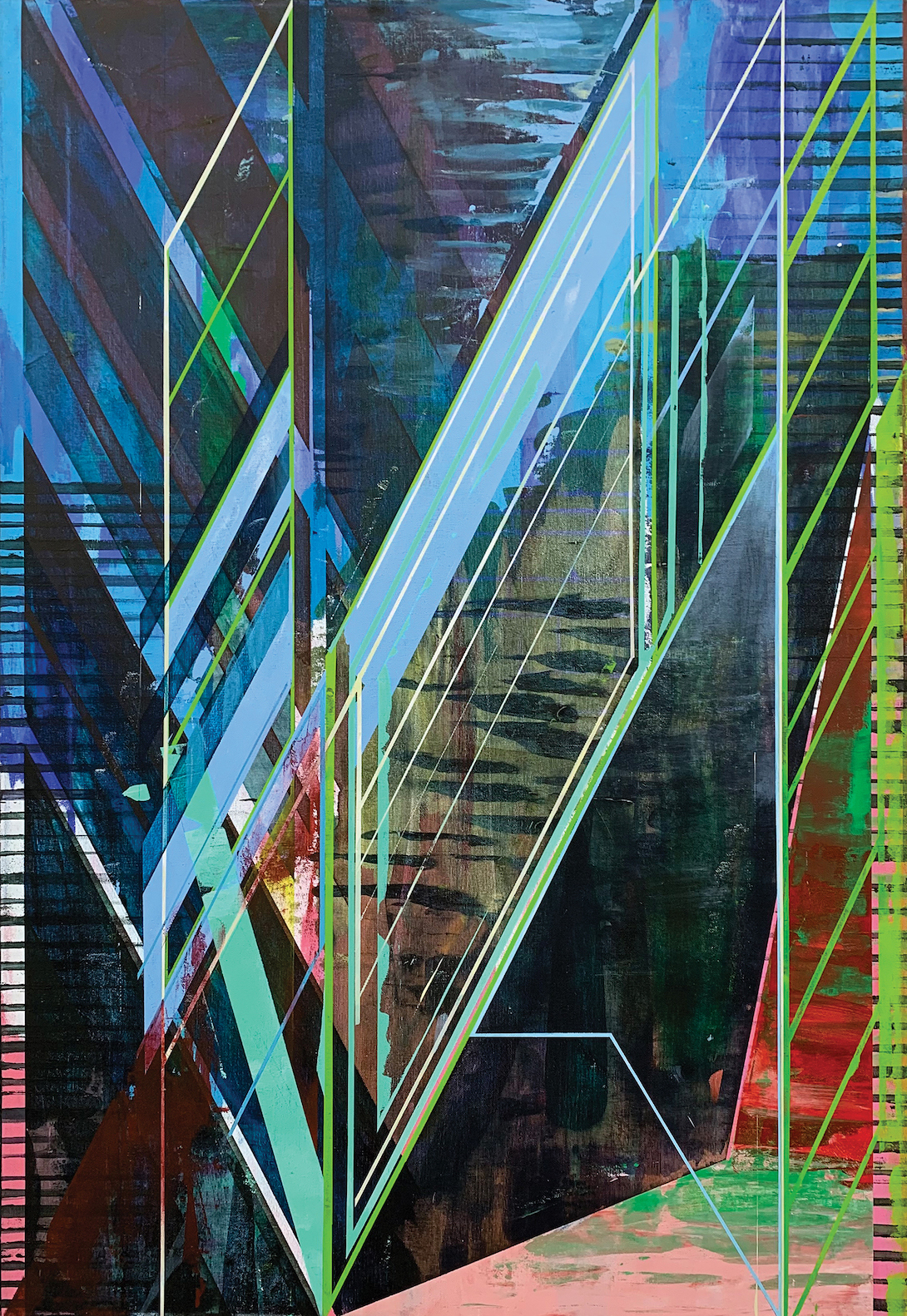 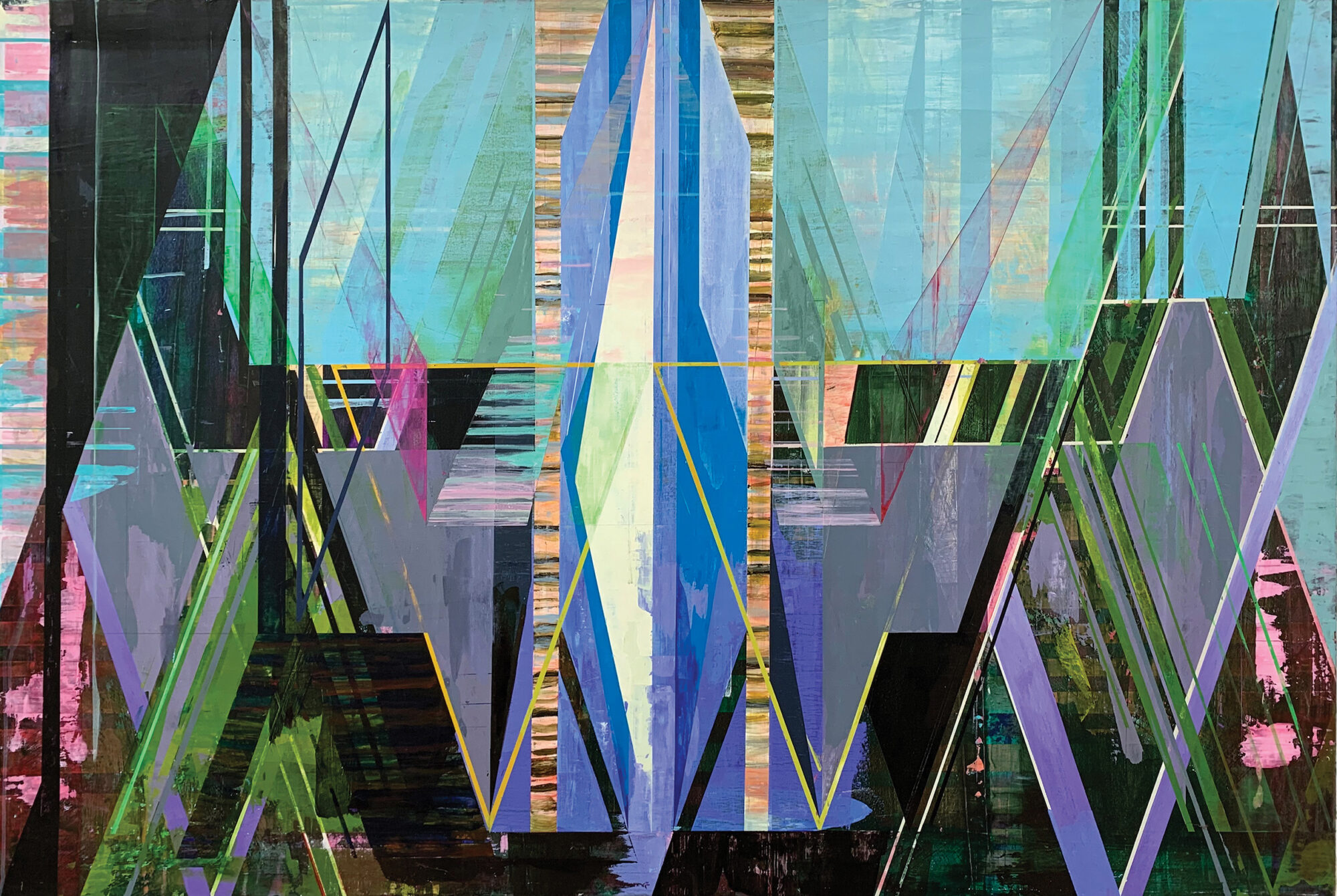 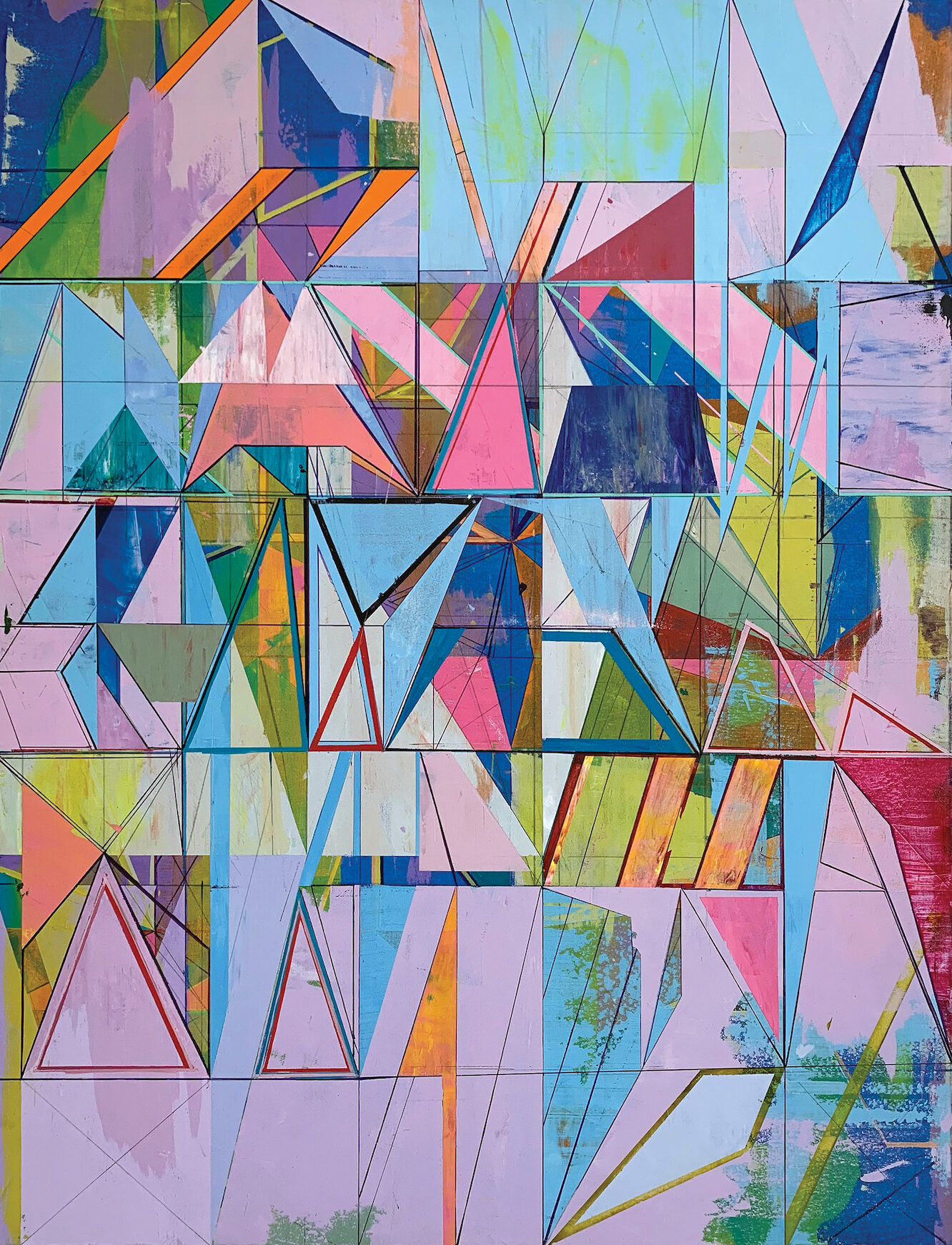 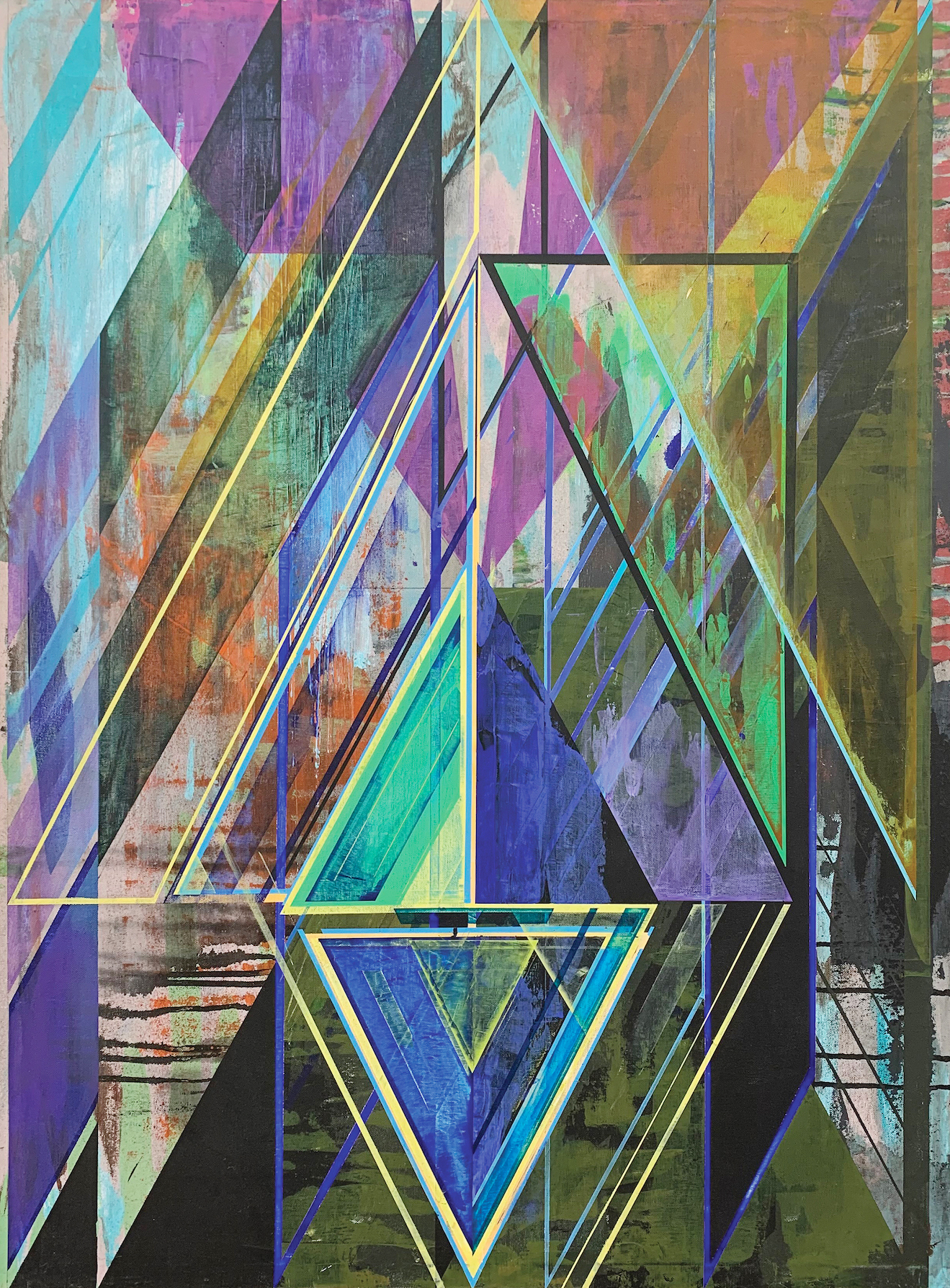 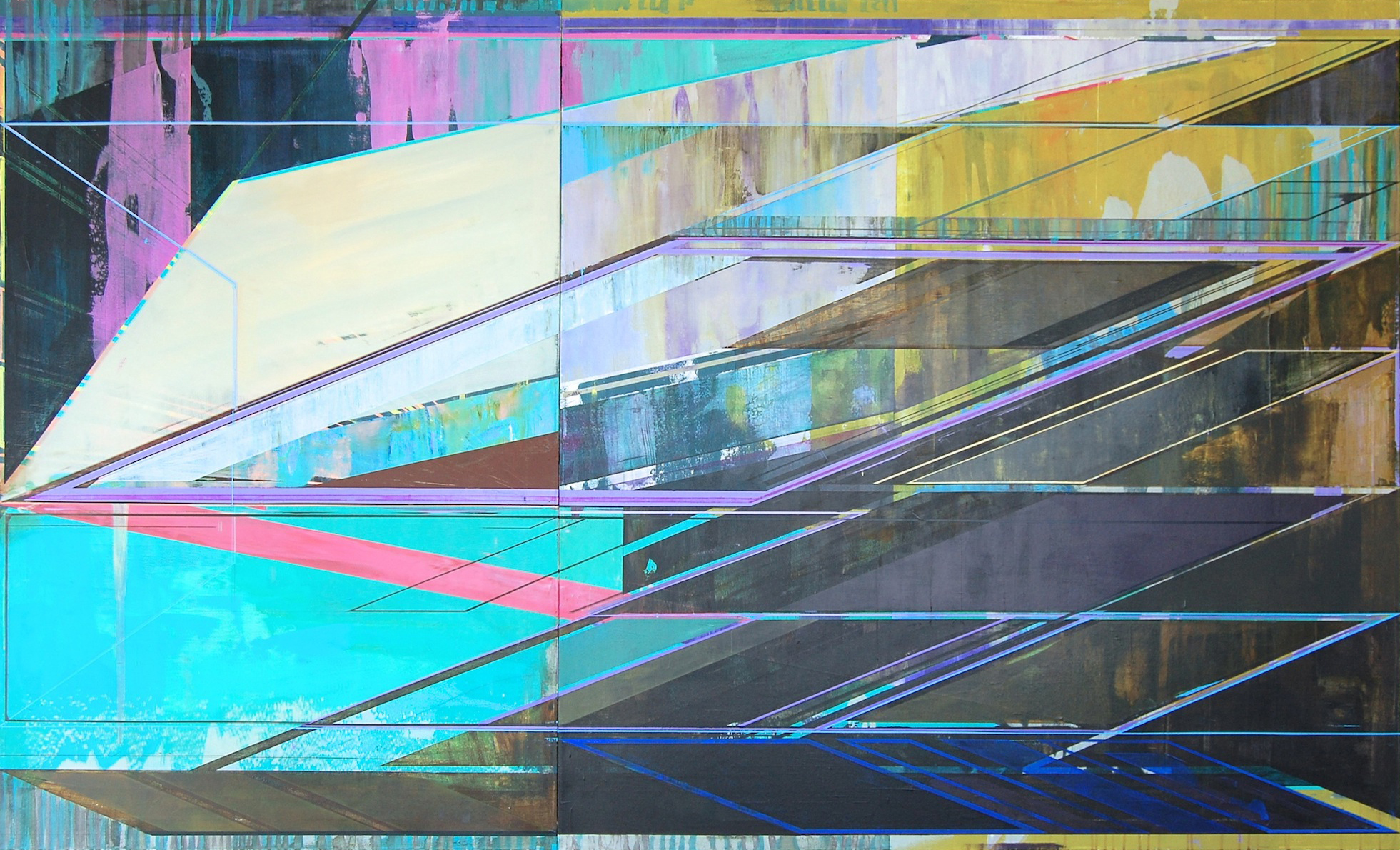