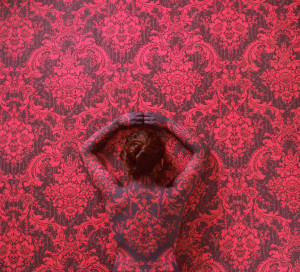 January 1 – February 28th, 2015
_
INFLORESCENCE explores new work by Cecilia Paredes, Olga Sinclair and Victoria Herrera.  Each of these master visual artists, present a world that is unfolding. All three artists examine the blossoming sense of sensuality and form through the use of color and imagination.
Cecilia Paredes engages in another form of reveal, a sensual kind, in which she camouflages by way of painting her body into textiles backgrounds leaving a small part of her self unpainted as a way of saying, “I am always in a small way standing apart from my environment.”  Originally from Peru,  Olga Sinclair has established herself as the premiere painter of Panama creating lush non-representational paintings that rival nature in their chaotic perfection.  As for Panamanian artist Victoria Herrera, her hyper realistic, large-scale blooms reveal themselves to the viewer with such grace that one gets the sense that they are slowly moving.
_

Cecilia Paredes is renown for her performance, photography, sculpture and installation.  Using her body as a canvas, she paints herself into backgrounds of damask and chintz, forests and deserts.  But she never completely blends – never becomes mere decoration.  Paredes is a part of the permanent collection of the San Antonio Museum of Art, the Panama Modern Museum, Museo del Barrio, New York, and the Museum of Contemporary Art and Design Costa Rica among many other institutions.  In 2010 she had a solo show at the Moscow Modern Museum of Art and a Fulbright sponsored show at the Cultural Institute in Lima.

All of Olga Sinclair’s gestures are big.  Her work has largesse, ferocity and full sensuality. Sinclair’s art enjoys tremendous critical recognition and has been exhibited around the world.  Moving beyond the influence and talent of her famous  Father, Alfredo Sinclair, Olga is a bigger name and stronger presence. With her first public exhibition at age 14, Sinclair has since had solo exhibitions in Miami, London, Madrid, Amsterdam, Jakarta and Buenos Aires.  Her art forms a part of the permanent collections of museums in Latin America, the United States in Europe.

Born in Panama City, Panama, Victoria Herra, first attended Moore College of Art in Philadelphia but did not pursue painting as a full time career until she moved to New York where she came in contact with a strong contemporary realist movement.  In New York she studied at the Art Student League under Nelson Shanks and privately with Steven Assael and Mark Tennant.  Victoria Studied with Jacob collins at the Grand Central Academy of Art, an institution founded on the ideals of academic realism.  Herrera regularly shows in notable and solo exhibitions across the United States and Panama, she currently resides in Montclair, New Jersey. 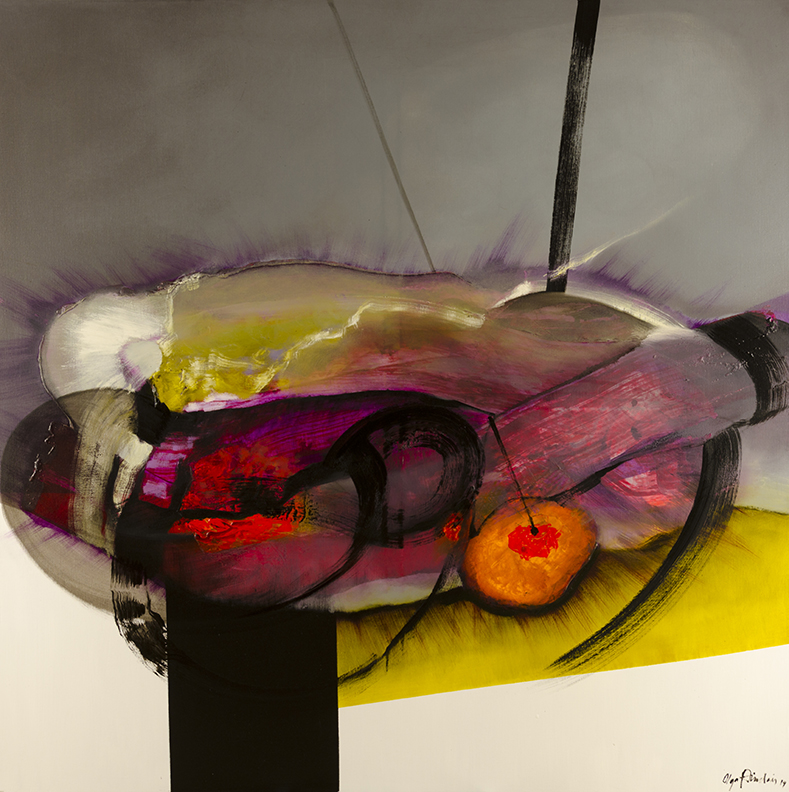