Working with found photography, specifically vintage images from 18th century Mexico, Eugenia Martinez uses the internalized feelings of women and girls, raised with the social restrictions incapsulated in the phrase, “Because You Are A Girl.” Written in white across hauntingly beautiful and often-times precious images, her words are meticulously knit together like lace handiwork, objects of toil that become works of heritage and private struggle. Broken shards of fine porcelain surround her figures, representing broken stereotypes, broken ideologies and an homage to the idea of the broken woman, which is a myth. The texts themselves consist of literal or distorted quotes from politicians, moral leaders and slang words from song lyrics – all brought together to represent a collective and often contradictory point of view. 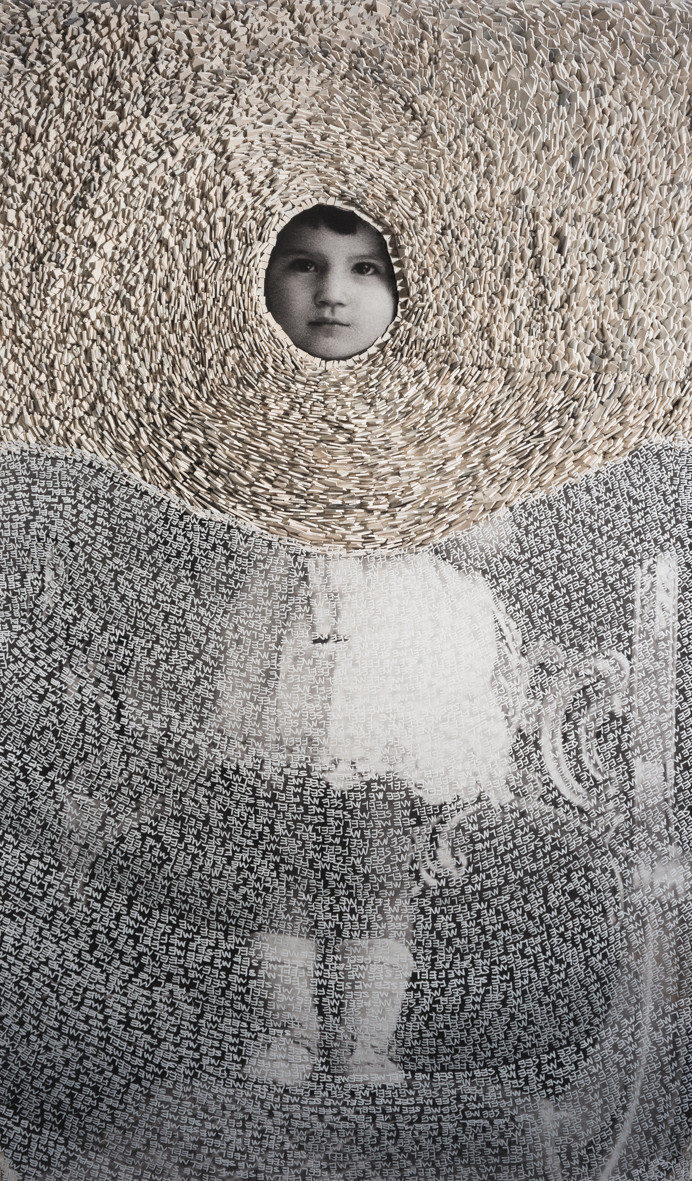 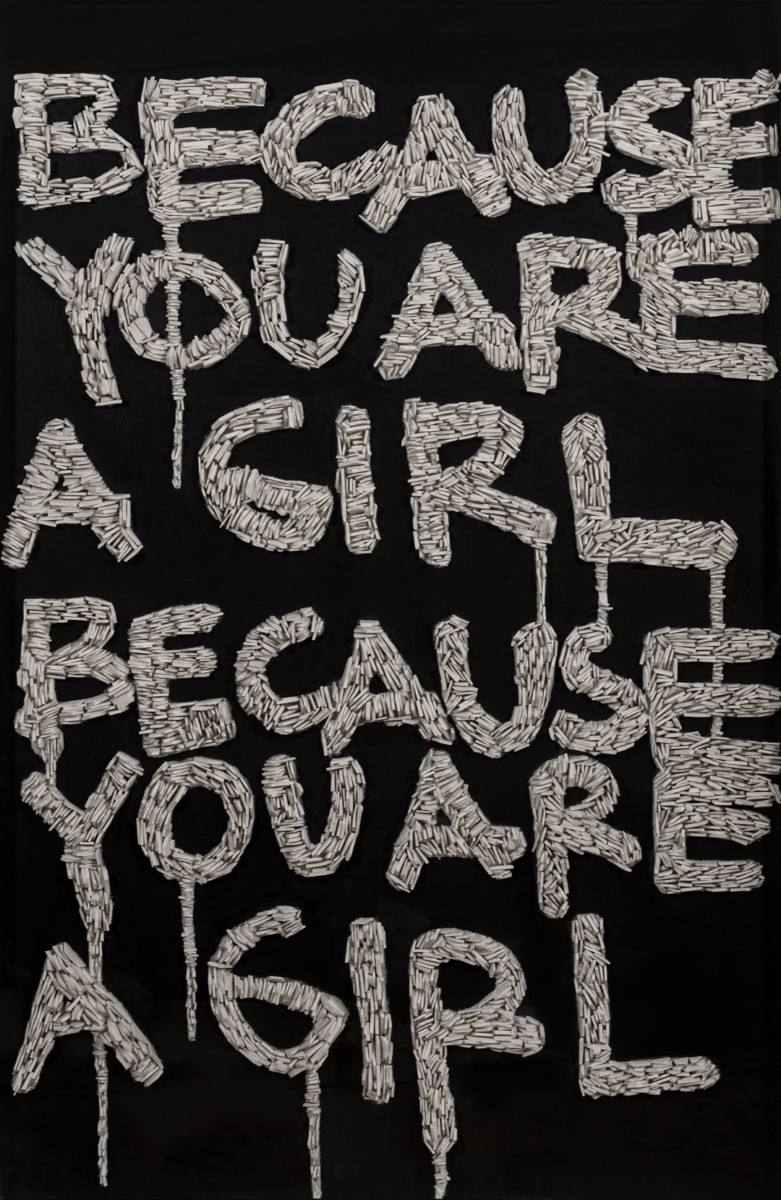 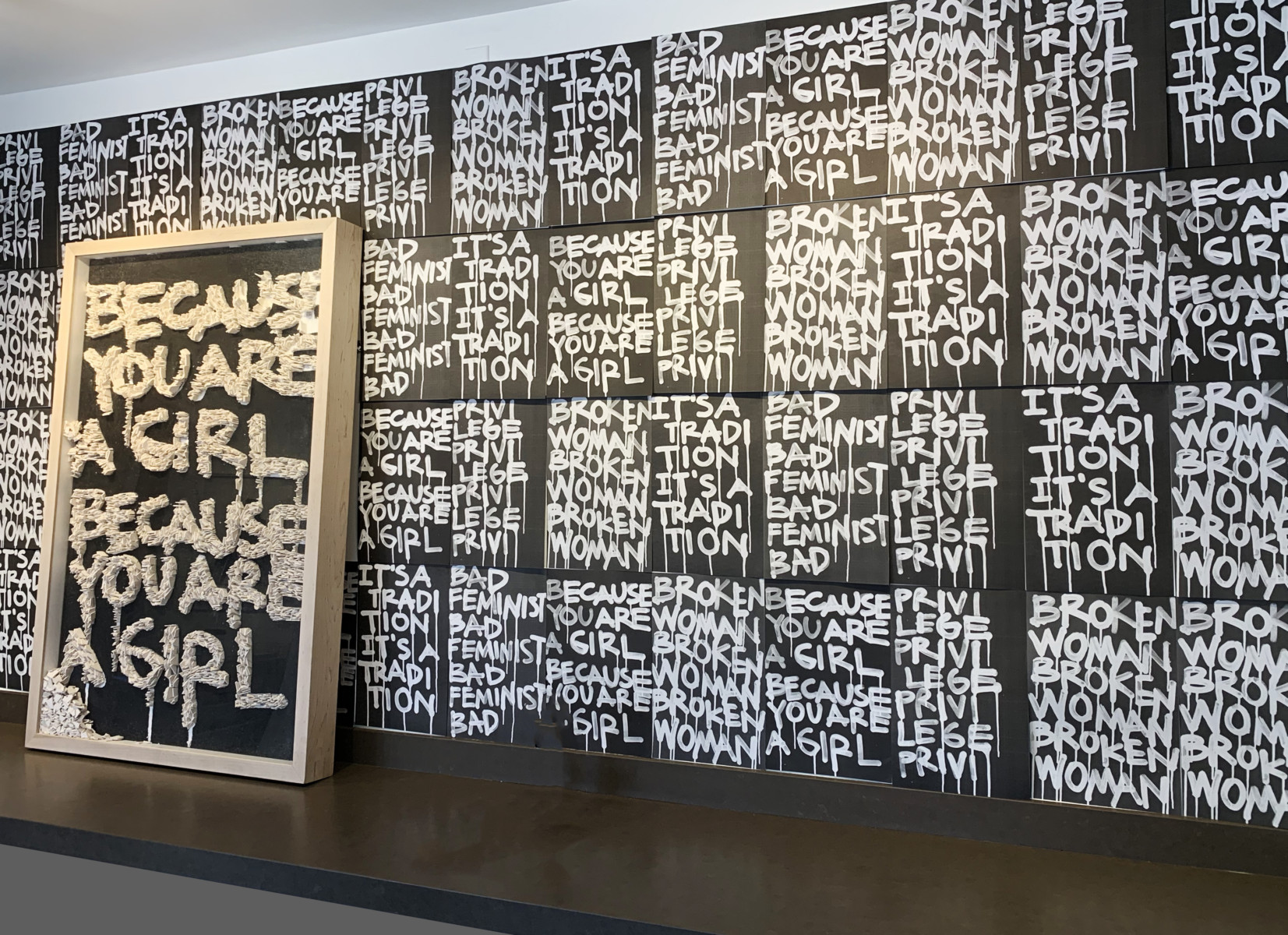 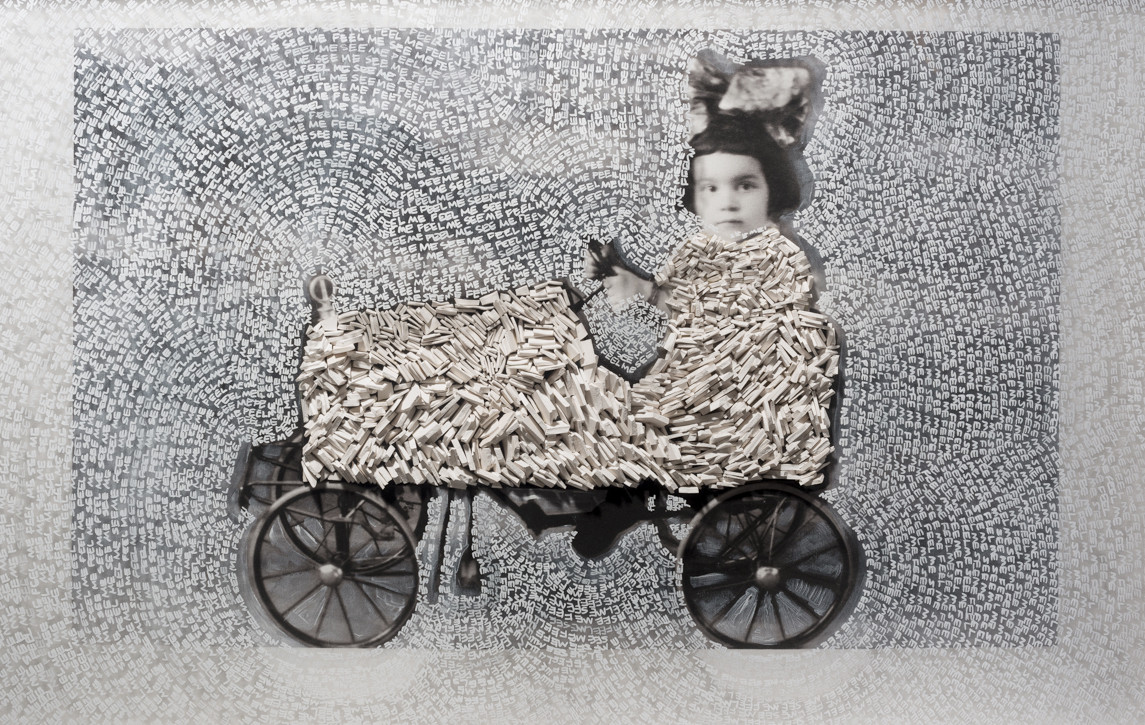 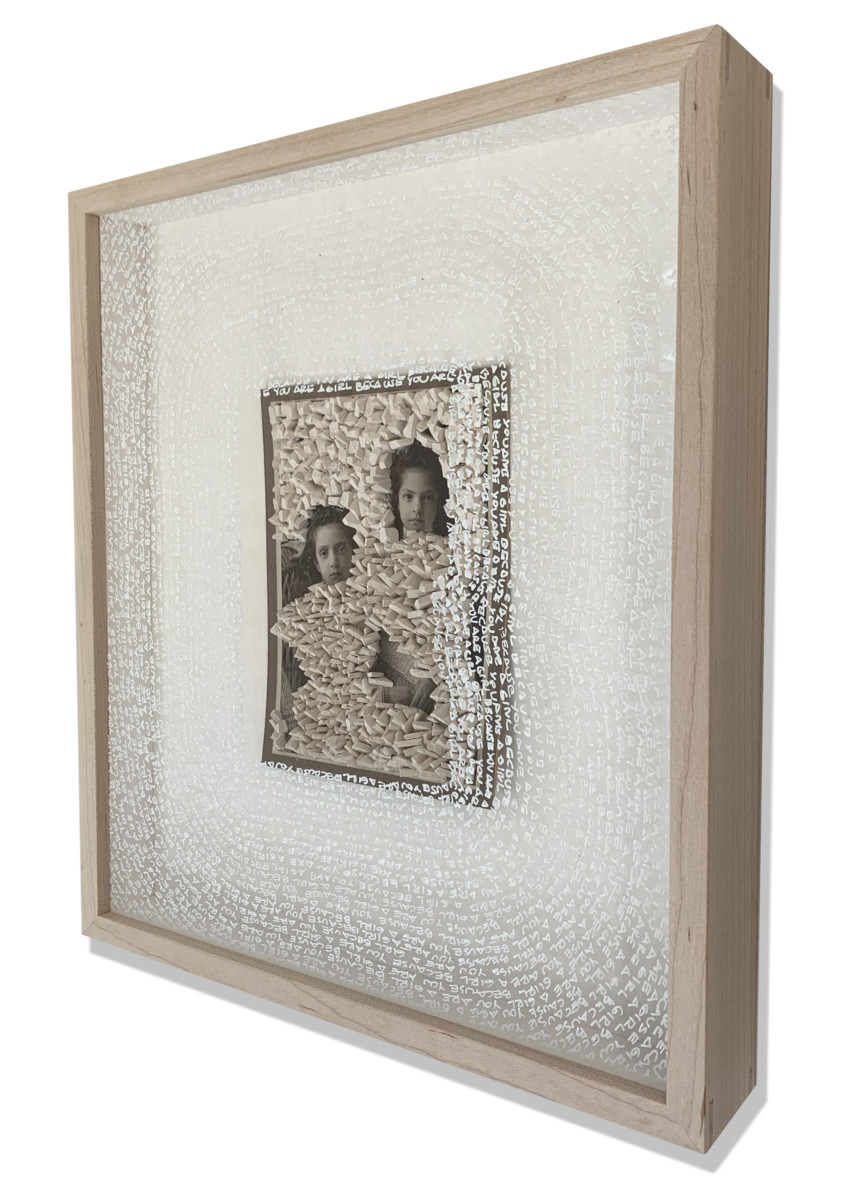 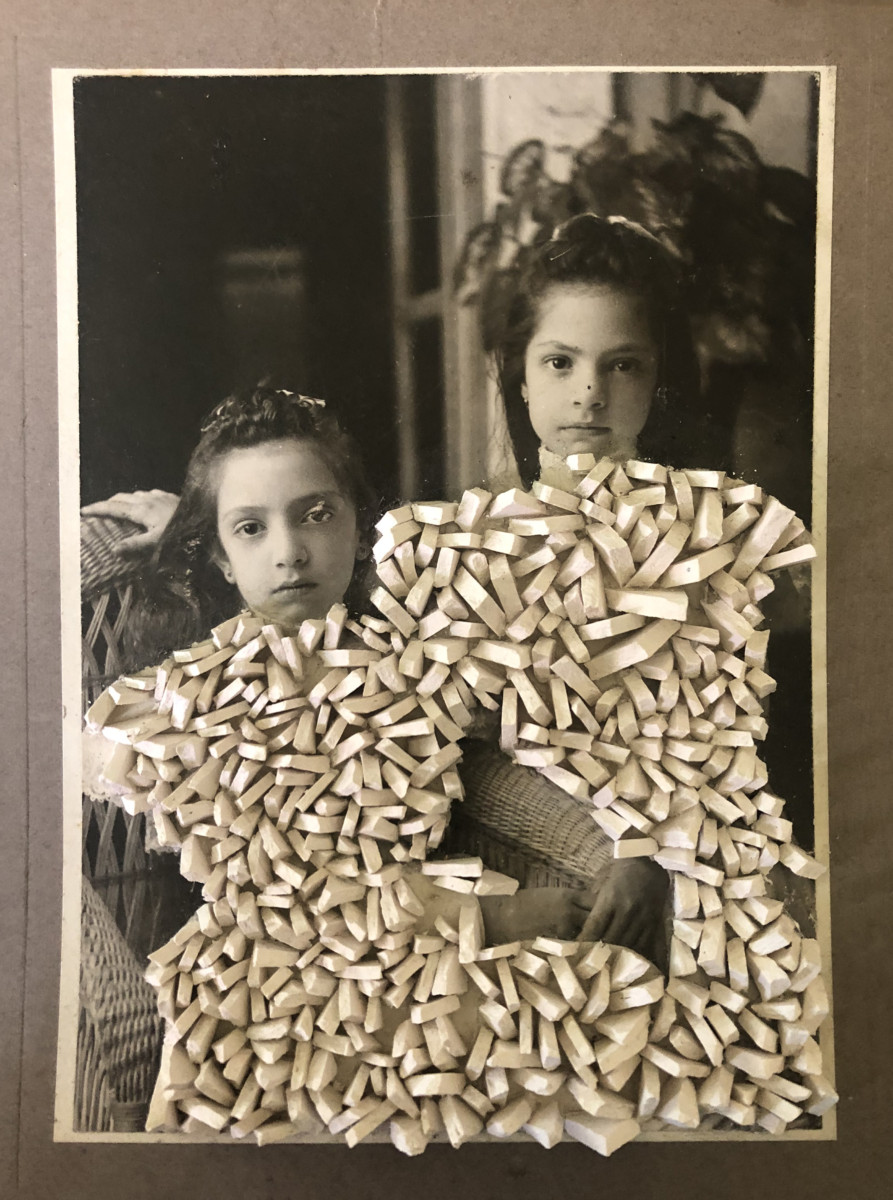 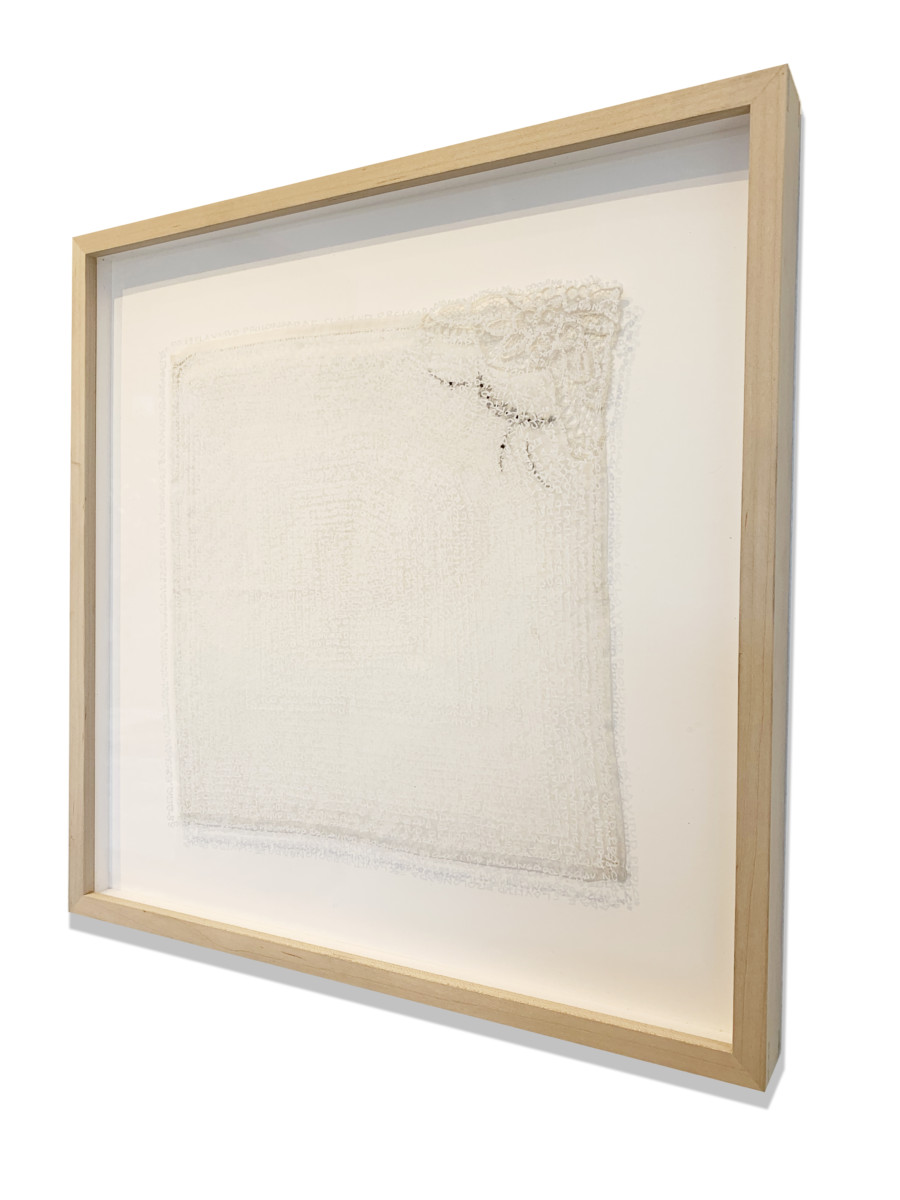 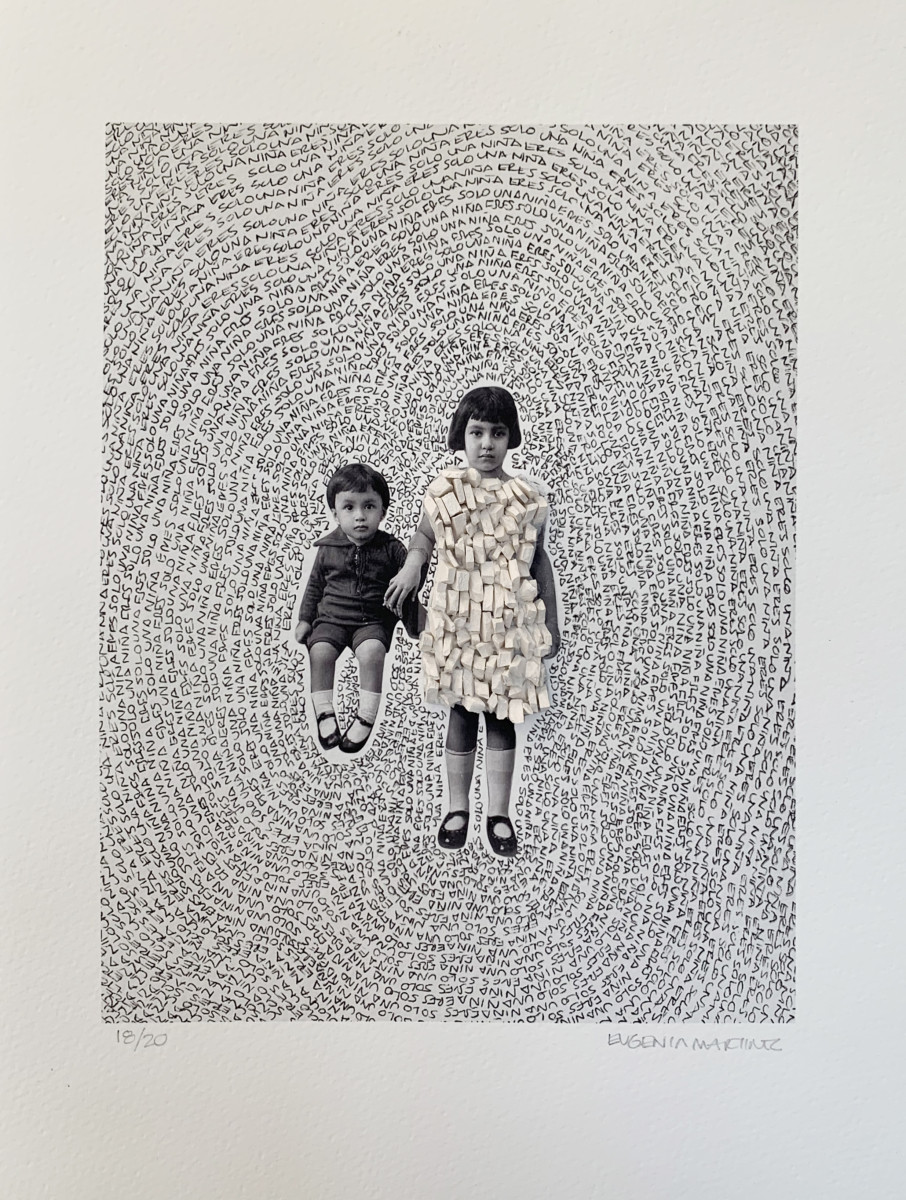 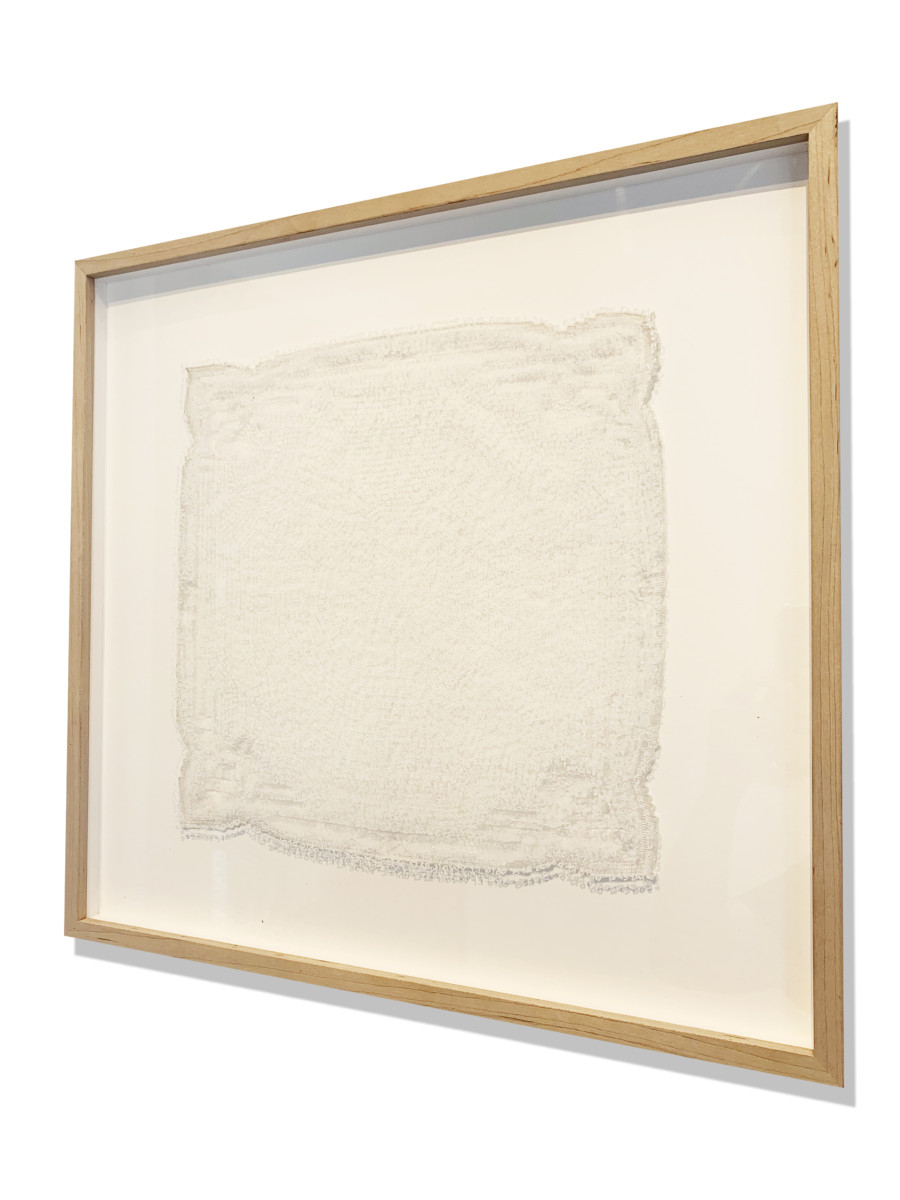 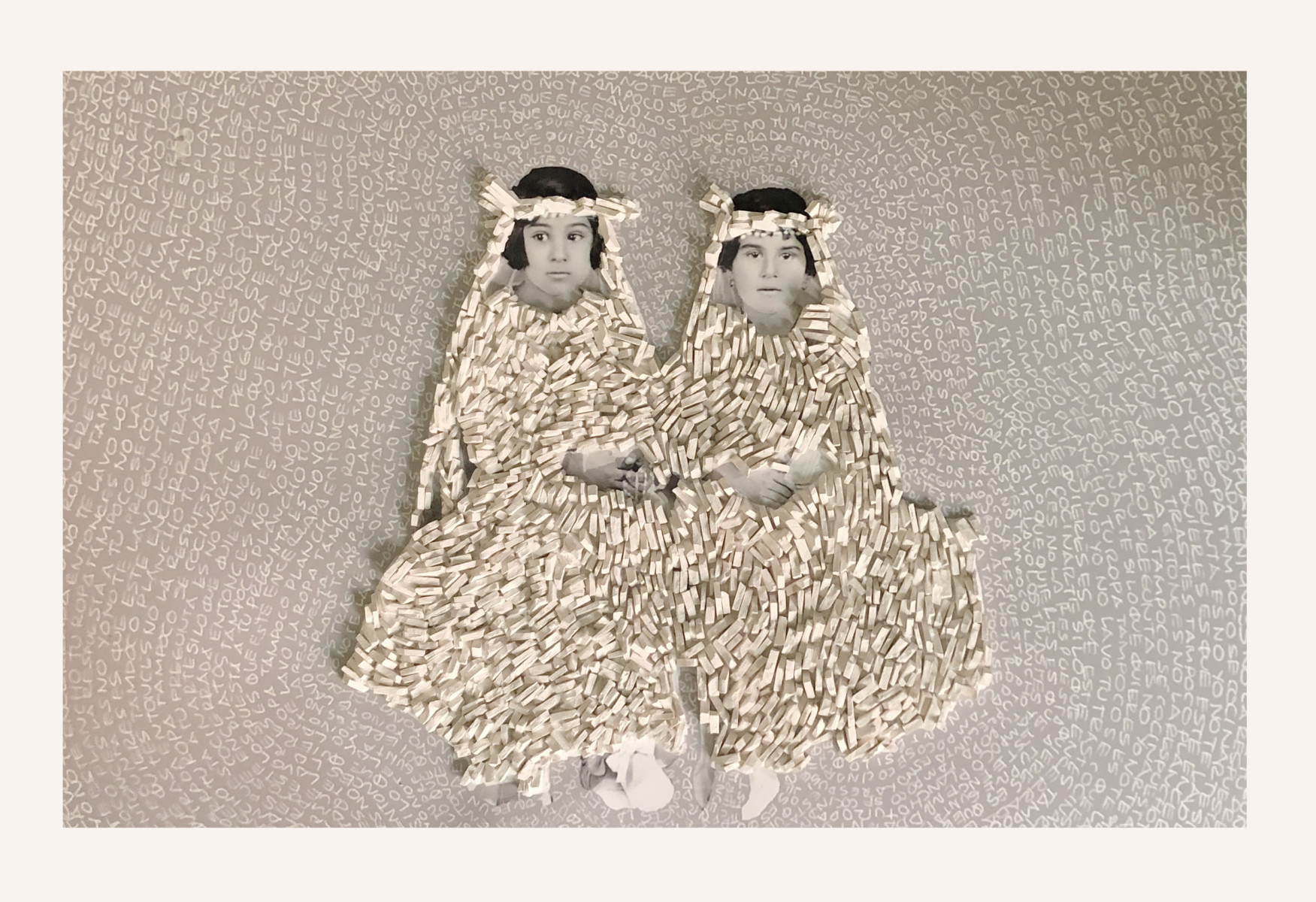 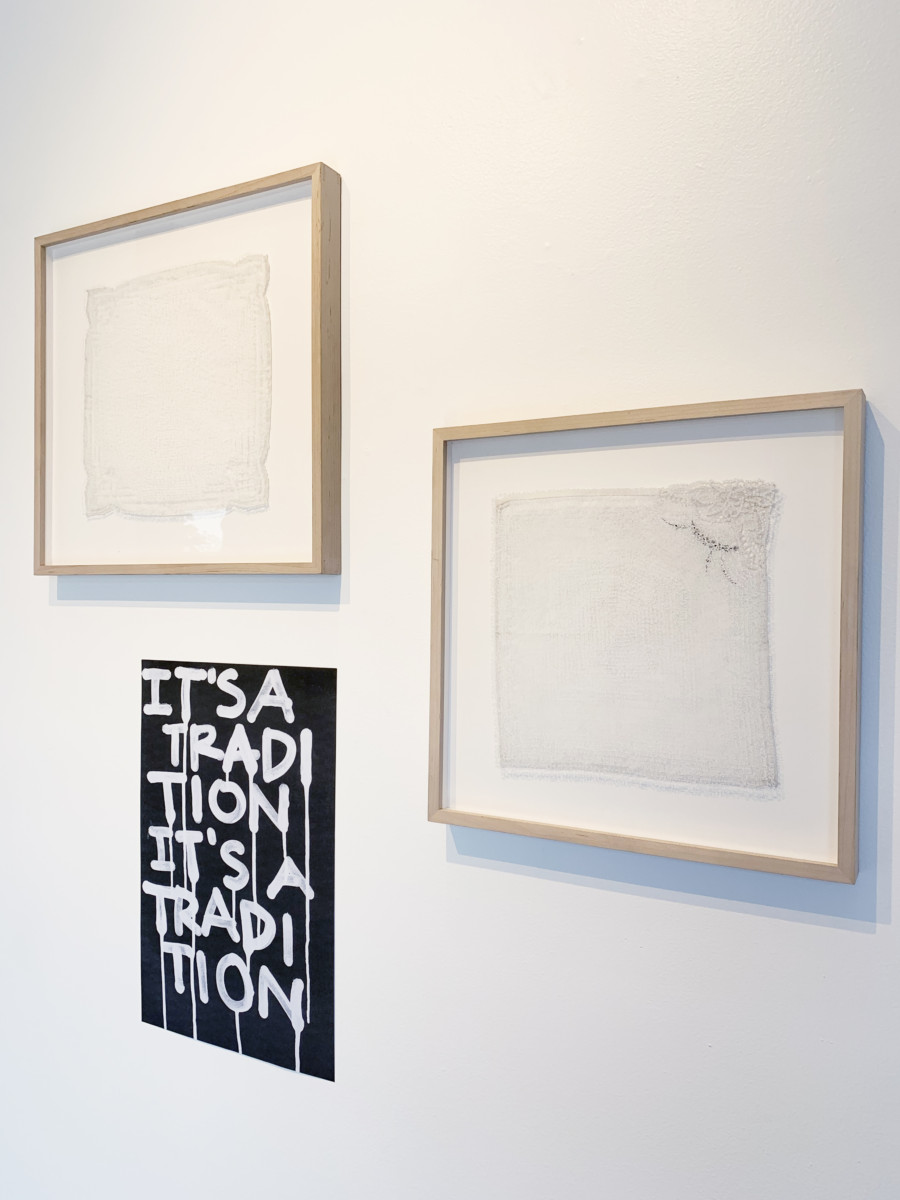 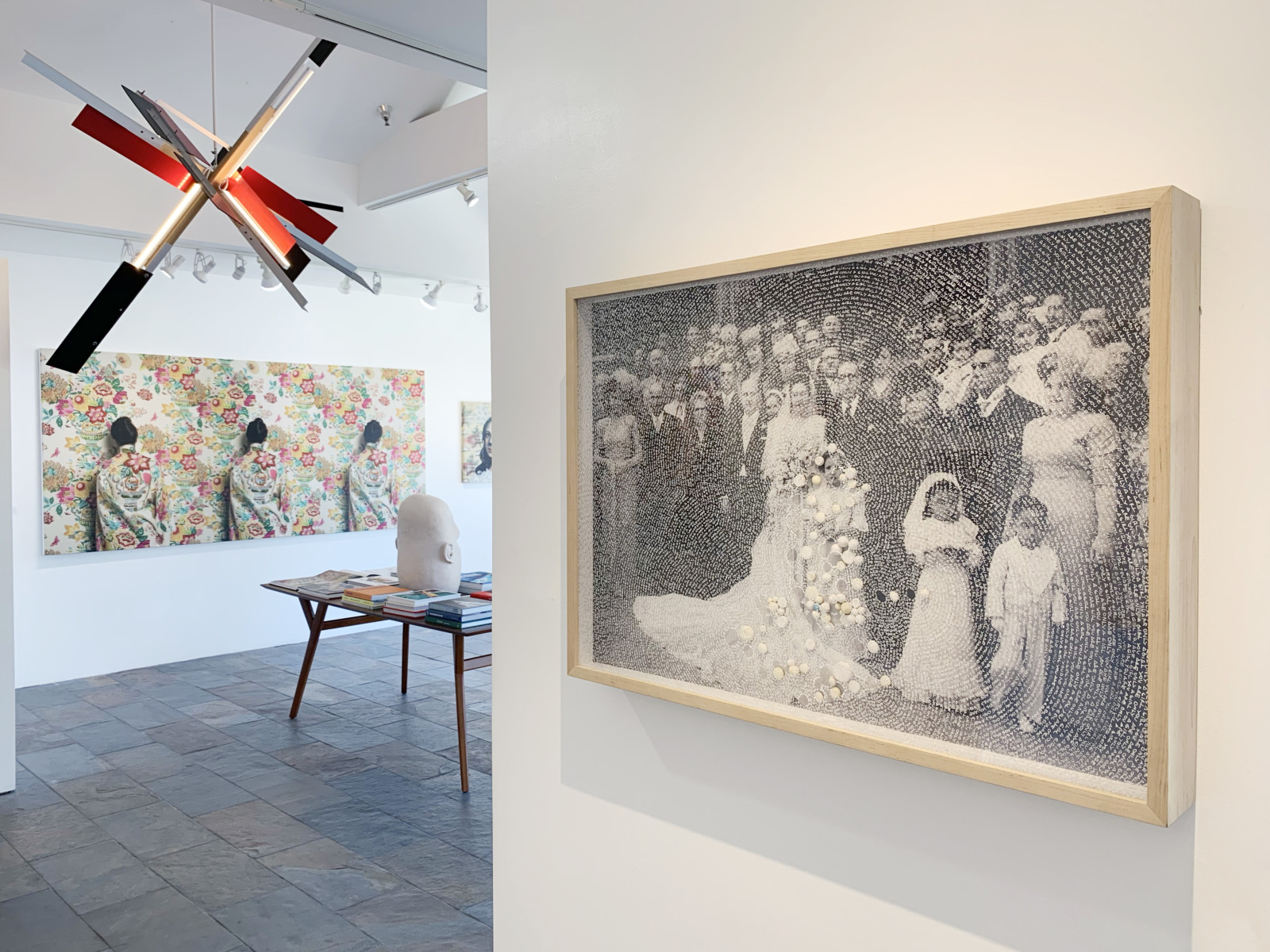 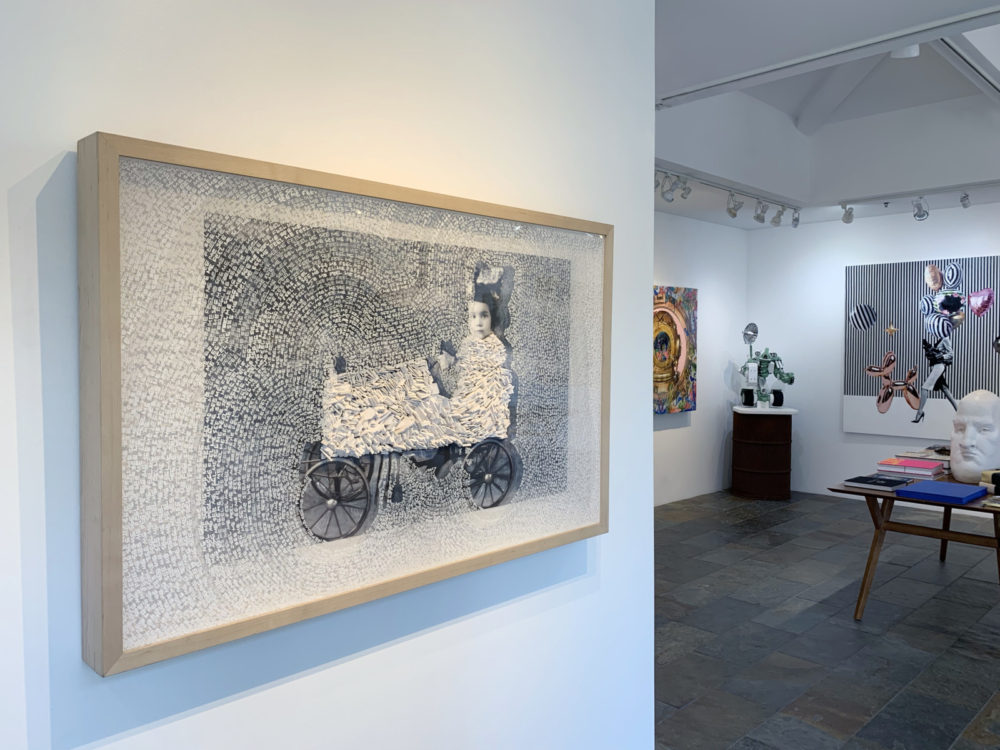 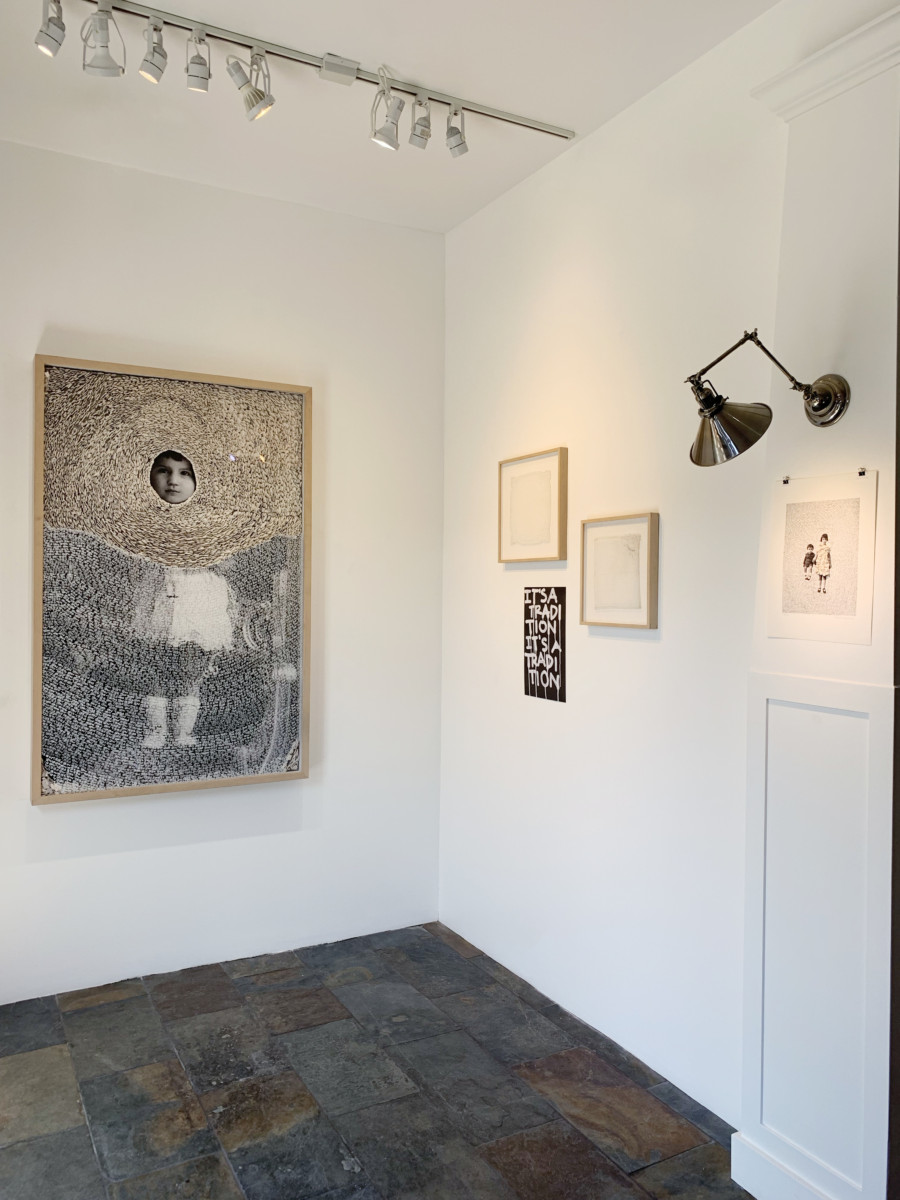